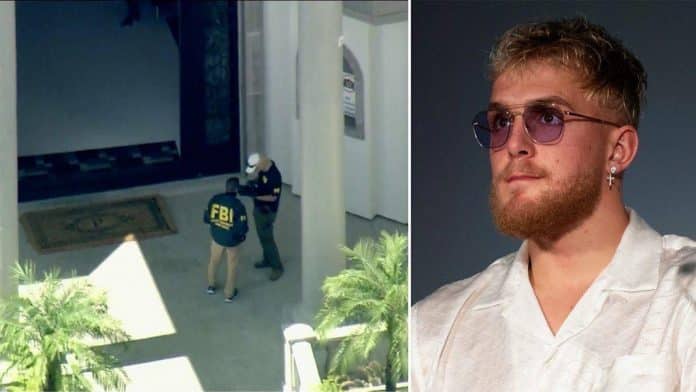 A snake in the grass found its way into YouTube sensation Jake Paul’s mansion party last month and phoned federal authorities after the online celebrity flaunted his ‘illegal guns’ to random partygoers, an individual briefed on the situation exclusively revealed to Your Content.

“Jake can only be described as a meathead. He threw a well-promoted party at his estate without vetting the guest list,” the insider told Your Content. “Guests from all walks of life nonchalantly roamed his estate and in essence filmed a criminal warehouse.

“When you have a terrible girl-to-guy ratio because the host has an agenda of his own, it evidently angers some guests.”

The influencer drew backlash last month for blatantly flouting social distancing guidelines as COVID-19 cases spiked in California, by throwing the massive party at the mansion.

“The host gave a tour of his home. During the tour, he allowed guests to play and pose with firearms among other items seized.”

According to the insider, one guest took it a step further and simply called the Los Angeles division of the FBI before emailing them a trove of photos and videos showcasing the interior of the estate.

As Your Content readers know, countless high-powered firearms were seized at YouTube star Jake Paul’s Los Angeles home during an FBI raid on Wednesday after heavily-armed agents in military vehicles descended on the property.

Calabasas mayor Alicia Weintraub expressed ‘outrage’ over the ‘outrageous gathering’ in which dozens of people without masks drank and danced.

Your Content obtained videos from the party shortly after guests started to arrive, where revelers showed no concern for social distancing or wearing protective masks.

People were seen drinking, playing beer pong, and swinging off a construction backhoe at the gathering.

Revelers were both indoors and outdoors, crowded closely together without a mask in sight.

Calabasas mayor Alicia Weintraub was left outraged after learning of the party and says she’s looking into ‘all options’ for penalties for Paul.