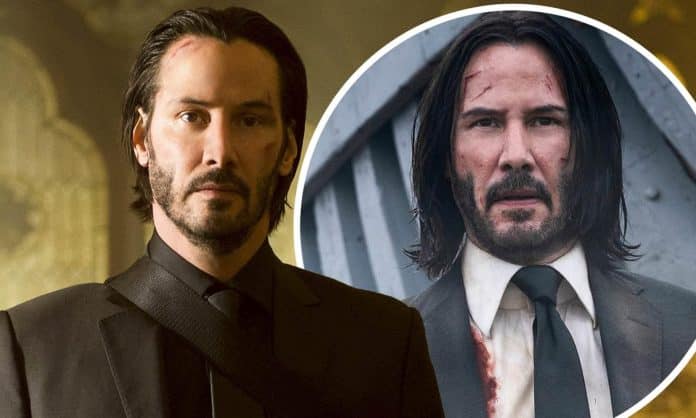 The John Wick series starring Keanu Reeves will have a fifth film, and its slated to be filmed back-to-back with the fourth installment in the franchise, with plans to begin production in early 2021, Lionsgate announced on Thursday.

Reeves has been in Berlin, Germany working on The Matrix 4; he had a similar filming slate in that franchise, shooting the consecutive films in a time-frame from March 2001 until August 2002 with the 2003 movies The Matrix Reloaded and The Matrix Revolutions.

‘With the appetite for fresh content at an all-time high and options for consumers dwindling due to the global shutdown, we made it a strategic priority to be one of the first major studios back into production,’ Feltheimer said, according to Variety. ‘Over the past five months, we’ve put together a thoughtful strategy to restart production with protocols to best ensure the safety of cast and crew.’

According to The Hollywood Reporter, Lionsgate CEO Jon Feltheimer said in a quarterly call that plans for the upcoming films in the franchise – which has made more than $579 million internationally – are to commence with shooting when ‘Keanu becomes available early next year.’

The fourth installment in the film franchise was delayed a year, as its May 21, 2021 release date was pushed to May 27, 2022 due to complications brought about by the COVID-19 pandemic and the subsequent shutdown occurred.

He noted that Lionsgate has commenced with production in Europe on the horror film The Devil’s Light, and are ‘gearing up physical production to begin shooting several other films.

‘These efforts put us in a strong position,’ he said, ‘to capitalize on a market short on supply.’