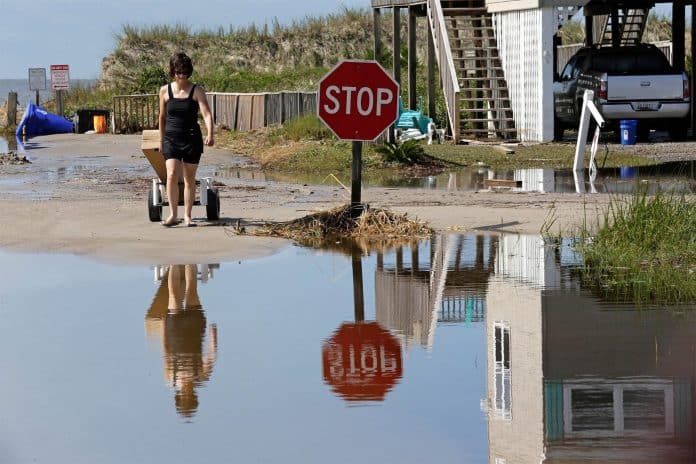 A massive 5.1 magnitude earthquake has rocked North Carolina, Your Content has learned.

There were no reports of injuries, but some minor structural damage was reported in Sparta, as well as cracks in roads. Images on social media also showed items knocked off of grocery store shelves.

The U.S. Geological Survey (USGS) said the quake’s epicenter was 2.5 miles southeast of Sparta, North Carolina, at a depth of about 2.3 miles.

According to CBS News, the earthquake hit just after 8 a.m., and could be felt throughout North Carolina, as well as in Virginia, Tennessee and South Carolina, the USGS said.

The incident is said to be the most powerful earthquake to hit North Carolina in more than 100 years shook much of the state early Sunday, rattling homes, businesses and residents, reports the Associated Press.

Sheriff Bryan Maines — who patrols the Alleghany County, the center of the quake — said he was getting ready for church when “stuff started falling off of the wall.”

“Started getting some sheet rock damage. My chimney was starting to crack,” Maines told CNN, adding that deputies are responding to homes “that have shifted 1 or 2 inches off their foundation.”

“There are folks who have had to leave their homes because it’s not safe inside. It’s a pretty big event,” he told the outlet.