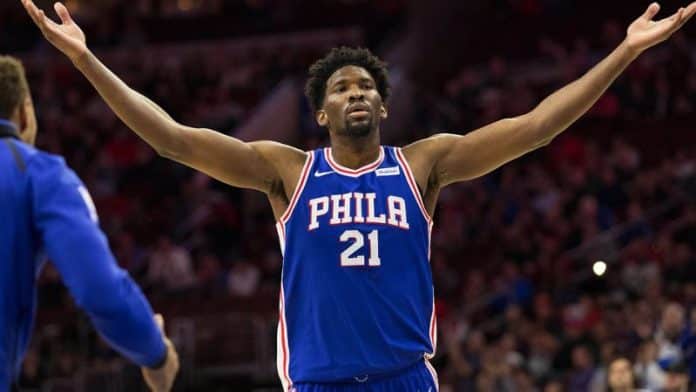 Philadelphia 76er Joel Embiid suffered a left ankle injury in the first quarter of Sunday’s game against the Portland Trail Blazers and did not return, Your Content has learned.

This comes a day after the Sixers announced that Ben Simmons will have surgery to remove a loose body in his left knee, according Philly.com, who was first to report the story.

NYPD officer Baimadajie Angwang has been arrested for acting as an agent of China.
Read more