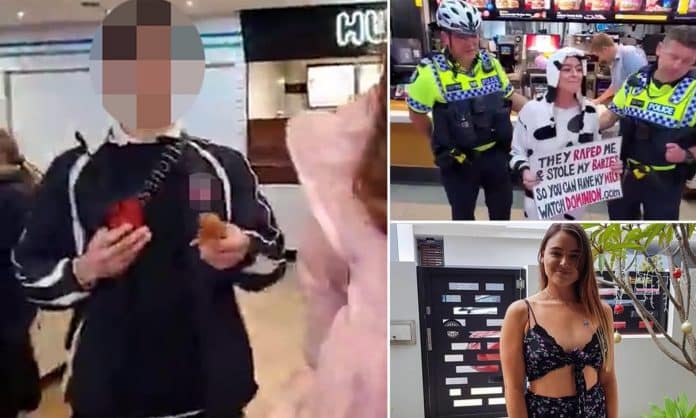 A militant vegan wearing a cow onesie was mocked and chased away from a McDonald’s and KFC by a man waving a chicken drumstick, Your Content is being told.

A vegan activist dressed in a cow onesie was chased out of a food court by a man brandishing a chicken drumstick asking if she ‘wanted some chicken’.

Tash Peterson, 26, was ridiculed by customers after storming a McDonalds, KFC and Hungry Jacks in Perths’s central business district on Friday. 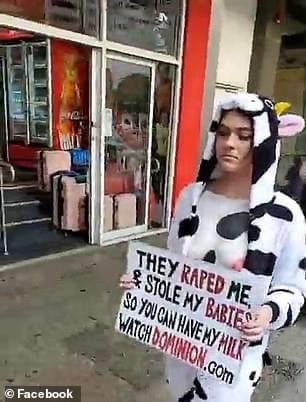 The serial protester was thrown out of two fast food outlets by Western Australia police after a vocal protest about the dairy industry.

The 26-year-old took to the streets of Perth to promoting her vegan agenda to encourage people to give up meat and dairy products.

Footage shows Peterson holding a sign dressed as a cow with the message: They raped me and stole my babies so you can have my milk.’ 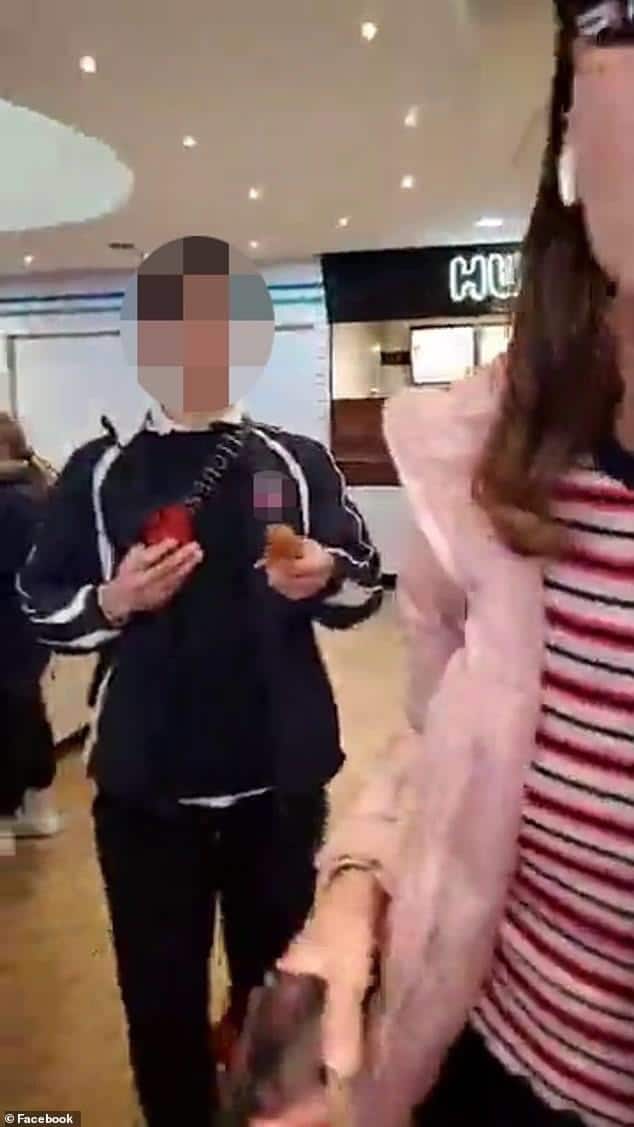 In the first video she convinces the manager of the McDonald’s outlet on Pitt Street to let her inside the store after agreeing to buy a burger.

But when she gets to the front of the line she begins screaming about the violence of animal agriculture before the manager calls over the police.

As she is escorted out of the store by two police officers she continues screaming as customers inside the store mock her.

“If you consume animal products you are responsible for this horrific violence,” she says.

“You are paying for murder. The blood is on your hands.”

In the second video she stands in front of a large crowd between a KFC and Hungry Jacks in a food court to spread her message.

She continues to spread her message about the violence and death involved in the dairy industry, urging customers to watch the graphic documentary Dominion’.

“All our animals are just as beautiful as our beloved dogs and cats, and we’re forcing them into murder factories just to consume their flesh and secretions,” she says.

After a minute and a half a police officer asks her to leave and she walks out with the two police by her side.

As she is on her way out a young male runs after her to offer her some chicken.

Peterson has been protesting animal agriculture for the past three years, involved in a number of high profile stunts at supermarkets Coles and Woolworths.