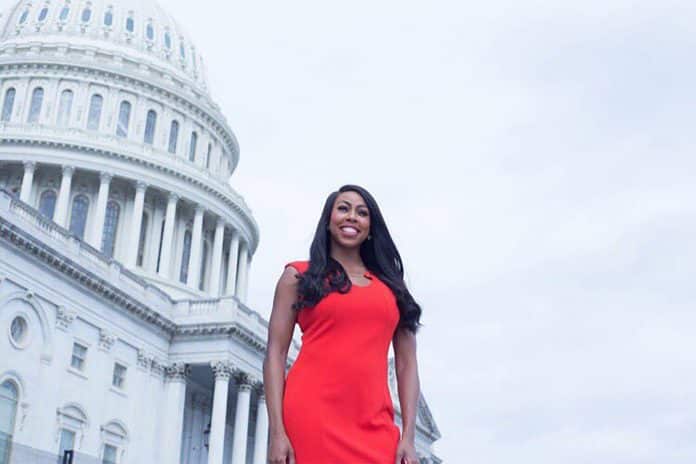 A black Republican candidate looking to fill the Baltimore congressional seat left vacant by the death of Rep. Elijah Cummings is taking on Democrats — and a viral video that blasts political bigwigs for allowing Baltimore to descend into decades of poverty and crime could land her the seat, Your Content has learned.

“Do you care about black lives? The people that run Baltimore don’t. I can prove it. Walk with me. They don’t want you to see this,” Klacik says in the ad posted Monday to Twitter.

The video shows Klacik, in a red dress and heels, touring dilapidated areas of Maryland’s 7th Congressional District. The ad gained 4.4 million views on Twitter in less than a day, reports the NY Post.

“This is the reality for black people every single day: crumbling infrastructure, abandoned homes, poverty and crime. Baltimore has been run by the Democrat Party for 53 years. What is the result of their decades of leadership?” she says.

“The Democrat Party have betrayed the black people of Baltimore. If the politicians walk the streets like I do, they would see exactly how their policies and corruption affects us,” Klacik says.

“Democrats think black people are stupid. They think they can control us forever, that we won’t demand better and that we’ll keep voting for them forever, despite what they’ve done to our families and our communities.”

Klacik lists statistics on Baltimore’s high crime and murder rates and interviews black residents who oppose defunding the police. One man says three of his sons were murdered.

“Look at this. How are children supposed to live here, and play here?” Klacik says.

“It’s not just Baltimore, the worst place for a black person to live in America is a Democrat-controlled city. It’s 2020, name a blue city where black people’s lives have gotten better,” she adds, concluding, “Black people don’t have to vote Democrat.”