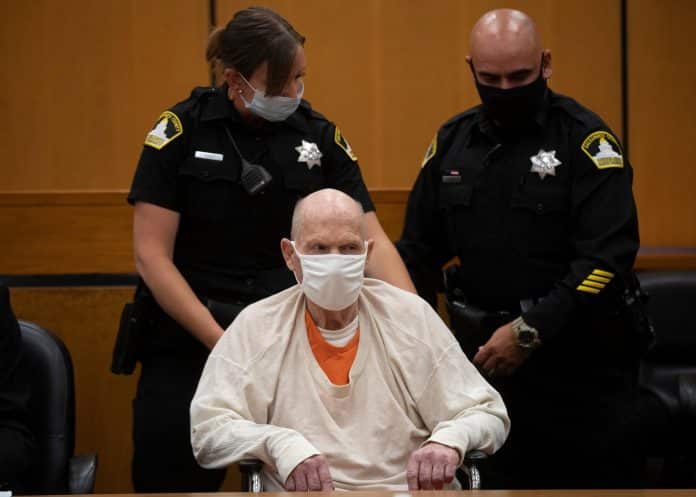 A former police officer once sworn to protect the public faces multiple consecutive life prison sentences Friday after he was ultimately unmasked as the mysterious Golden State Killer who eluded his fellow investigators for four decades.

“I’ve listened to all your statements. Each one of them,” said the rotting killer. “And I’m truly sorry for everyone I’ve hurt.”

To finally identify and arrest him in 2018, investigators pioneered a new method of DNA tracing that involves building a family tree from publicly accessible genealogy websites to narrow the list of suspects.

The same technique has since been used to solve 93 murders and rapes across the nation, said Ron Harrington.

They linked nearly 40-year-old DNA from crime scenes to a distant relative, and eventually to a discarded tissue they surreptitiously sneaked from DeAngelo’s garbage can in suburban Sacramento.

“It is probably the most important (recent) advancement by law enforcement in solving cold case murders and rapes,” he said.

His family has been obsessed with solving the 1980 slayings of youngest brother Keith Harrington and his new wife, Patrice Harrington.