Woman Says Growing Beard is the ‘Best Thing’ She’s Ever Done, Urges Others to Try
W 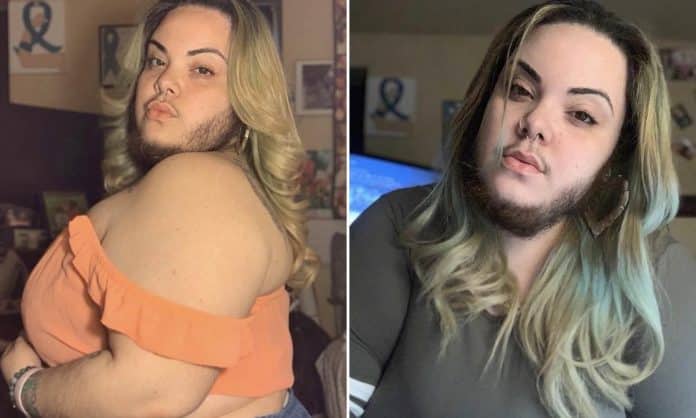 A 27-year-old woman with excess facial hair caused by PCOS has confirmed growing out a full beard after eight years of waxing and shaving is the ‘best thing’ she’s ‘ever done,’ Your Content can report.

Alma Torres, 27, who lives in the Bronx, New York, developed polycystic ovary syndrome (PCOS) at the age of 15, causing her to grow excess facial hair.

Alma trashed her razors four years ago to embrace her natural beard — and she’s now using her story to inspire others, urging them too to grow their natural beauty out.

“ I had never really noticed how people would make fun of my facial hair, until a guidance counsellor at school asked me if it bothered me – and suddenly I realized how many people would stare and whisper,” Alma explained.

Alma recalled first growing dark facial hair aged 15, when she developed PCOS – although her diagnosis didn’t come until she had a blood test aged 18.

“That changed everything for me. I shaved for the first time when I was 16, before my eighth-grade prom, and I continued to try to get rid of the hair for the next eight years.”

With symptoms such as ovary pain and irregular periods, the PCOS diagnosis caused Alma to become ‘very depressed’ for a time.

“When I was about 19, about a year after my diagnosis, I became an advocate for myself, because I had to,” she said.

“I really struggled to start with, and every time I would try to grow my beard out I would end up running to shave it off after a few days.”

The full-time student, who is training in Manhattan to work in healthcare administration, said: “I learnt to embrace what I couldn’t change. That’s my favorite quote – it’s the one I live by.”