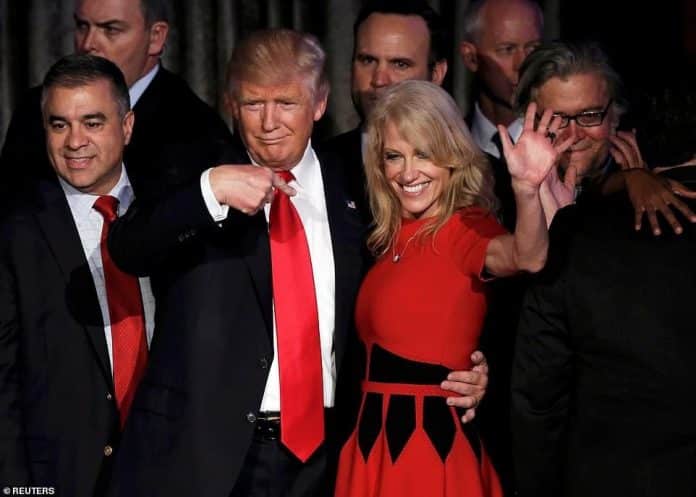 On the eve of the 2020 Republican National Convention, Kellyanne Conway, whose title is counselor to the president, announced she would be leaving the White House at the end of the month.

The 53-year-old counselor to the president said she was leaving for the sake of her family, to be ‘less drama, more mama’.

Yet shortly after the announcement, Claudia Conway was once again on TikTik – stating that her parents were going to get divorced but have now called it off ‘to keep her from getting emancipated’.

In a statement, she called her time in the Trump administration ‘heady’ and ‘humbling,’ and said she and George were making the decision based on what they think is best for their four children.

“We disagree about plenty,” she wrote of her and her husband, “but we are united on what matters most: the kids.

“Our four children are teens and ‘tweens starting a new academic year in the middle school and high school that will be conducted remotely from home for a least a few months. As millions of parents nationwide know, kids ‘doing school from home’ requires a level of attention and vigilance that is as unusual as these times.’