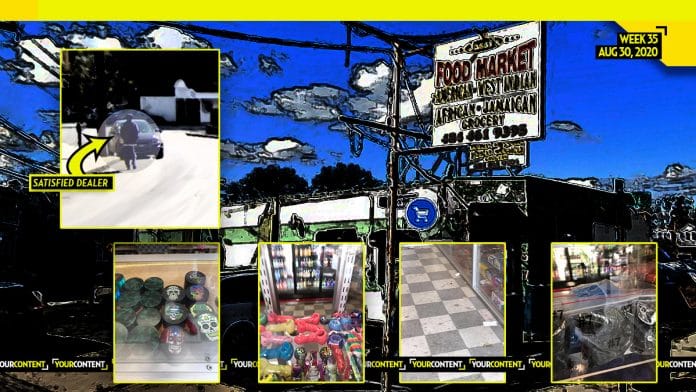 A Delaware County store owner claims to have a tobacco shop that sells pipes, grinders, blunts, boxes of glassine packets, and containers with red and green tops — but Your Content has learned the tobacco store is a drug front, according to outraged locals.

The store is located at the intersection of Long Lane and Radbourne Road in Upper Darby Township.

“Let’s revisit the “smoke shop” on Long Lane near Radbourne Road shall we!” local Rich Blye wrote on Facebook.

“The 1st picture is the floor of the shop that has never been mopped since opening. You have to step onto a basement gate plate to walk in. How did that get zoned.”

Blye says the clerk revealed he doesn’t even sell tobacco, just material to store or smoke it in.

“The pipes the worker say are for tobacco only but I asked ‘Why don’t you sell tobacco? And where are your premium cigars?’ His response is we don’t sell them.” Blye revealed.

“The grinders he says are for and get this, grinding tobacco!

“No climate control because the door is wide open. The green and red tops are for tobacco storage and the one gram baggies are for sharing with friends and family.”

“So I’m ‘satisfied’ with his lies and I will continue to do nothing for the children who see this essential business everyday,” the outraged father finished.

Others quickly joined in. “All that candy must be ‘convenient’ as it is melting on the shelves in this heat.” said David Birch.

“[A] smoke shop has ads but windows are darkened, not as noticeable product from street.” declared Sadie Thomas.

“Convenience store has been selling at least 10 years but wouldn’t know from the outside however, look at the counter and is on display behind the cashier.”

Your Content spoke to a local drug dealer who demanded he remain anonymous.

“If I can get the [stuff] I need from a local mom n’ pop, then I ain’t ordering it online,” said the man.

The man would not reveal what he anticipated to use the box of baggies for. However, he noted it “ain’t for no bologna sandwich.”