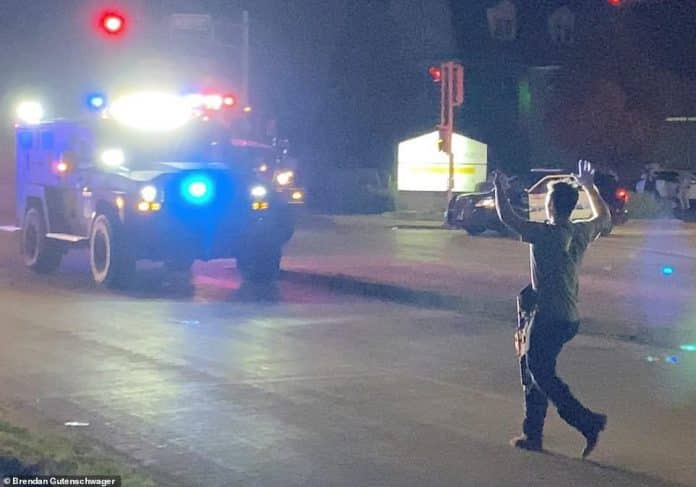 President Trump said Kyle Rittenhouse could’ve died by outraged members of Antifa mixed in with peaceful protesters had he not brought a gun to defend himself, Your Content can report.

“He was trying to get away from them, I guess … and he fell,” Trump claimed, citing videos of the Rittenhouse attack. “And then they very violently attacked him.”

“He was in very big trouble. He probably would’ve been killed, but it’s under investigation,” Trump said.

“Your supporters shot and killed my supporter – not with paint – with a bullet. That is very disgraceful,” President Trump continued, pointing his response to a CNN reporter.

“The entire city of Portland is ablaze the entire time.”

President Trump chimed in on Kyle Rittenhouse case, saying ‘he fell and they violently attacked him.’

__
This is a developing news story. Check back with Your Content for an updated version throughout the day.