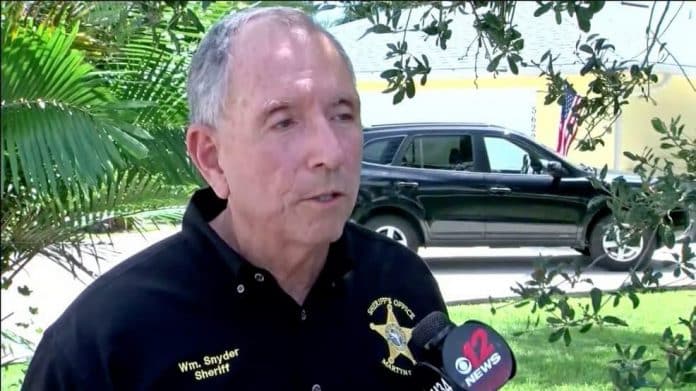 A Florida sheriff was hit with a multi-million dollar lawsuit Tuesday for allegedly filming a man who was getting a massage and involving him in a prostitution probe, Your Content has learned.

Martin County Sheriff William Snyder was hit with a Federal Civil Rights lawsuit Tuesday for his actions and those of his department regarding the “covert” viewing and recording of hundreds of Treasure Coast residents who received massages in 2018.

The lawsuit was filed by Daniel Cash, a customer of a Martin County spa who was arrested following his massage, according to an announcement from the Law Office of Kibbey Wagner.

State prosecutors ended up dismissing the prostitution-related charges brought against him, according to CBS12.

Cash says he had to move out of town after being dubbed a pervert by cops.

What’s more, as a result of his arrest, Cash was fired from his job after the details of his arrest were made public, including his mugshot, according to the announcement.

The news comes after a Florida appeals court ruled that police violated the rights of New England Patriots owner Robert Kraft and others when they secretly video recorded them paying for massage parlor sex acts, barring the tapes’ use at trial and dealing a potentially deadly blow to their prosecution.