Trump Reveals He is Leading in Polls EVERYWHERE, Says Krasner and China ‘Screwed Us’
T 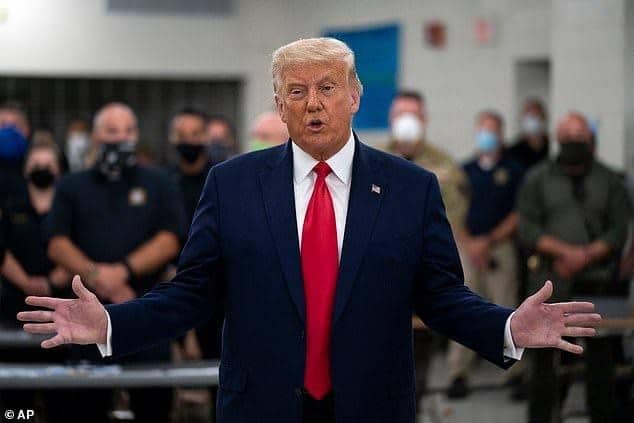 President Donald J. Trump declared he is in-fact leading in the polls ‘everywhere’ and revealed his team is ‘way ahead than we were four years ago,’ Your Content can report.

“We have the real numbers.” President Trump said during an event in Pennsylvania Thursday.

“We are leading everywhere. I think we’re way ahead than we were four years ago. We’ve done the greatest job again, and if we didn’t have this China thing, I wouldn’t need a rally. They’ve screwed us for a long time in a lot of different ways. Recently the anarchists have been marching down the streets chanting ‘Death to America.’”

“The rioters want Biden to win — it’s the craziest thing I’ve ever seen.”

“You have someone in Philadelphia who is worse,” Trump revealed, noting Larry Krasner is much more extreme than ‘anyone he’s ever seen.’

“Next year is not only going to be the greatest year in Pennsylvania, but in the country. Where’s Joe Hiden?”