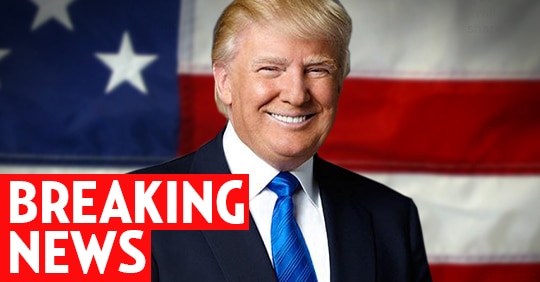 President Trump accused his opponent Joe Biden if hiding during the campaign, dubbing him Joe Hiden during a Pennsylvania event Thursday, Your Content has learned.

“When you look at these hero’s of our country — and they want to blow up Mount Rushmore. Now, the DC Democrats want to change the name of the Washington Monument or have it taken down.

President Trump also noted a used ticket for his event is worth more than a Biden ticket for an upcoming event.

“A friend of mine owns Wendy’s. Great guy,” President Trump continued. “Has anyone tried the new straws? It disintegrates by the time you drink it.”

“I never met someone who is for the mask. I’m all for it. But have you ever seen a man who likes a mask as much as Joe? Because it gives him a feeling of security. If I was a psychiatrist I’d say this guy has some big issues. Congressman give me your mask — I’ll have it hang by my ears.”