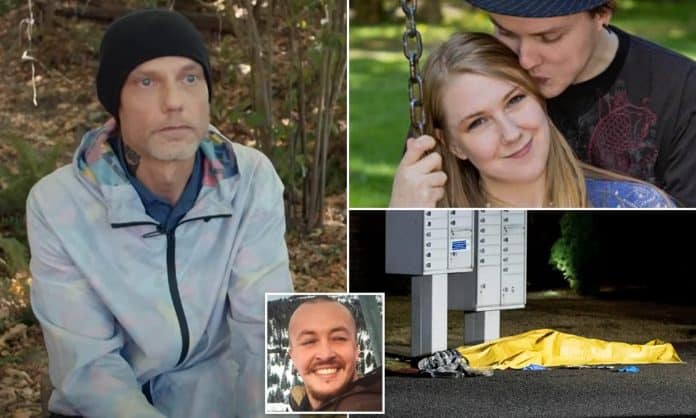 The sister of Portland antifa protester wanted for ‘shooting dead’ a Patriot Prayer member last week, responded when informed of her brother’s death: ‘I wouldn’t say at this point that this counts as bad news.’

Reinoehl was shot by US Marshals in Lacey, Washington after becoming the target of a Portland police murder investigation over the death of a right wing protester Aaron ‘Jay’ Danielson in the Oregon city last Saturday.

‘I wouldn’t say at this point that this counts as bad news. It’s just more news,’ Reinoehl’s sister said.

The bereaved sister said she was worried her brother would become a martyr and an excuse for more violence after the reported police killing.

‘Now we’ve got two martyrs. That’s how the two opposing sides are going to want to spin it,’ she said.

‘Hatred begets hatred. Anybody who saw him, in their eyes, standing up for the plight of the black people, being killed by a police officer, this is going to validate their feelings in their minds of all the anger that they have – whether or not it’s correct or righteous.’

As the news spread of his reported killing at the hands of federal officers on Thursday night, Antifa group Salish Coast Antifa tweeted ‘REST IN POWER Michael Forest Reinoehl.’