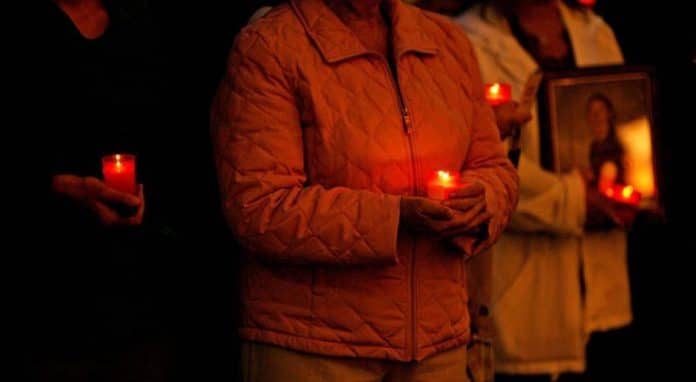 The Wolf Administration, members of the General Assembly, and Prevent Suicide PA today recognized World Suicide Prevention Day and National Suicide Prevention Month and released Pennsylvania’s Statewide Suicide Prevention Plan. The plan, which was developed by the state’s Suicide Prevention Task Force, is a four-year strategy to reduce suicide in Pennsylvania by fighting stigma, increasing training and education on suicide and mental health, improving data collection for suicide, and supporting clinical practices and treatment to prevent suicide and help those who are struggling or in crisis know that things can and will get better.

“Too often, shame and stigma prevent someone from talking openly about suicide, but mental health difficulties and personal crises can touch all of us. Suicide can be extremely isolating for attempt survivors and loss survivors, so it is important to know that you are not alone. We all have a role to play in supporting people in crisis and preventing suicide. If you or someone you know has struggled with mental health or suicidal thoughts, we encourage you to reach out. Help is available,” said DHS Secretary Teresa Miller. “I am incredibly proud of the work every person on the task force did to create the Suicide Prevention Plan. This was a large undertaking and underscored the importance of collaboration between many groups to achieve such a comprehensive approach to suicide prevention. This is an important step, and this plan will help save lives across Pennsylvania.”

“Suicide is a complex policy problem that requires complex solutions,” said Representative Mike Schlossberg. “This task force created this plan based on input from survivors, family members and professional from across the state. One suicide is too high. Thousands are tragedies. We need to do whatever we can to address this crisis.”

September 10 is World Suicide Prevention Day, and September recognized as National Suicide Prevention Month. Suicide is the tenth leading cause of death in the country, claiming more than twice as many lives each year as homicide. In Pennsylvania, 2,017 people completed suicide in 2018 (up from 1,272 suicides in 1999), reflecting a 43.3 percent increase in the age-adjusted suicide rate. Approximately 1.4 million adults attempt suicide annually in the United States, with more than 85 percent reporting having made a suicide plan prior to their attempt. Throughout September, we remember those lost to suicide and support loss and suicide attempt survivors and all who experience suicidal ideation every day. We must build an open dialogue around suicide so anyone who is struggling can discuss what they are experiencing and feel safe, supported, and know that help is available.

In 2019, the Wolf Administration announced the formation of a statewide Suicide Prevention Task Force comprised of leadership from Prevent Suicide PA, members of the General Assembly, and the departments of Human Services (DHS), Health (DOH), Corrections (DOC), Aging (PDA), Education (PDE), Military and Veterans Affairs (DMVA), Transportation (PennDOT), Agriculture (PDA), Drug and Alcohol Programs (DDAP), the Pennsylvania Commission on Crime and Delinquency (PCCD), and the Pennsylvania State Police (PSP). Because suicide is so far-reaching, this diverse array of expertise is necessary to build a comprehensive prevention plan.

From late August through early December 2019, the task force held 10 listening sessions across Pennsylvania. More than 800 Pennsylvanians shared their stories of how suicide and mental health difficulties impact their lives and communities and made recommendations to inform the task force as they developed the statewide plan.

Moving forward, the task force will continue working with stakeholders at the local, regional, and state levels to support and monitor the implementation of the plan, and will begin with developing measurable, achievable action items.

“Before suicide, there is stress, depression, and other treatable triggers. My hope is to build a community where we normalize addressing stressors before suicidal thoughts appear,” said Agriculture Secretary Russell Redding. “The Department of Agriculture is at this table because the Ag community can be more susceptible to depression and suicide. Farmers face stress and very little change of scenery. We live where we work, and it can feel like we are in a silo with no way out. Just as animals and crops demand tending, our own physical and mental health require our attention. I’ve found comfort in learning that most people can get better. The hard part is asking for help. If you feel depressed or have a numbness of emotions, you are not alone. With treatment, you can feel joy again.”

“Our roadways connect people to work, school, and recreation and we want everyone to arrive safely,” said PennDOT Secretary Yassmin Gramian. “We are proud to be members of this Task Force and contribute to its important efforts.”

“The Pennsylvania Department of Aging is proud of the work of the Suicide Prevention Task Force.  Suicide prevention is very relevant to us because of our role in advocating for and serving older Pennsylvanians who are more prone to social isolation and depression than any other age group.  Because of their vulnerability, older adults are at a much higher risk of suicide as they age,” said Aging Secretary Robert Torres. “The Department of Aging has resources that can help older adults who are struggling with thoughts of suicide.  We look forward to working with our many partners to implement this plan and help prevent cases of older adult suicides in the commonwealth.”

“The Department of Military and Veterans Affairs (DMVA) has made suicide awareness and prevention a key priority, especially since veterans are 1.5 times more likely to die by suicide than Americans who never served in the military,” said Maj. Gen. Anthony Carrelli, Pennsylvania’s adjutant general and head of the DMVA. “We are committed to working every day with our community partners toward the common goal of reducing suicide across the spectrum to zero. We are grateful for the opportunity to join with other state agencies to raise awareness to help save lives and make a difference within our families.”

“The conversation about preventing veterans suicide, is the same conversation about increasing meaningful supports, rapid access to robust resources, a genuine appreciation of military service and family support, leaving a veteran feeling dignified and filled with hope when they look for help and the normalization of talking about mental health challenges,” said James Stafford, Certified Peer Specialist at Supportive Services for Veteran Families.

If you or someone you know is struggling with mental health or suicidal ideation or have in past, know that help is always available:

These free resources are available 24/7. If you are concerned about someone else’s well-being, these resources can help you be a life-saving assistance. No matter what you are going through, help is available.

“Suicide does not discriminate and has the ability to impact people from all walks of life. The significance of Pennsylvania unveiling a comprehensive suicide prevention plan which included input from those in our communities most affected cannot be overstated. By bringing together leadership from numerous state agencies and organizations to address our need to better prevent suicide, we have taken a monumental step to extend our prevention efforts beyond the mental health system and examine a true public health approach. Prevent Suicide PA was proud to be part of this collaboration and looks forward to working with state representatives on its implementation,” said Dr. Matthew Wintersteen, executive board member of Prevent Suicide PA.