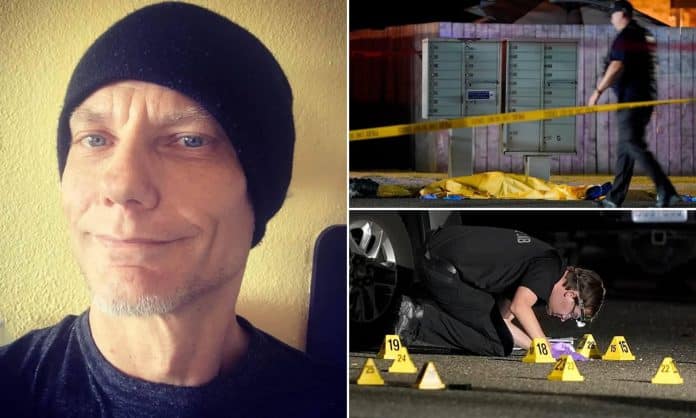 The death of an Antifa gunman who was killed by a fugitive task force after allegedly ‘lying in wait’ and shooting dead a Trump supporter has been ruled a homicide as a witness claimed cops opened fire without warning while he was eating candy.

Michael Forest Reinoehl, 48, was shot multiple times and killed by US Marshals outside an apartment block in Washington state last Thursday.