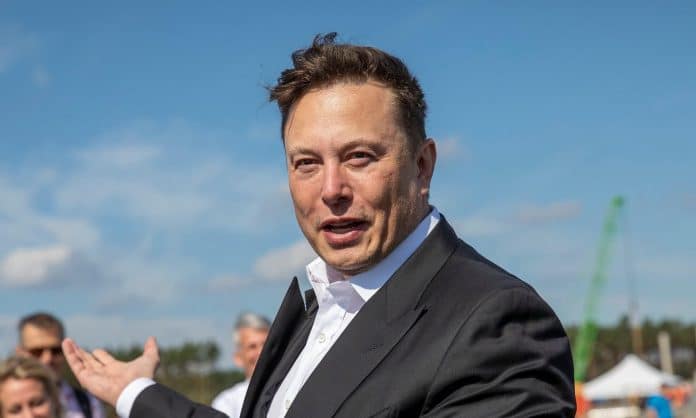 Musk was visiting the Giga factory in Berlin when a member of the press asked him how his child was and he couldn’t recall, Your Content has learned.

During the press conference, one interviewer asks Musk, who looks very confused: ‘how is X Æ A-12?’

The Tesla CEO asks the reporter to repeat themselves before laughing and saying ‘oh you mean my kid? That sounds like a password.’

Musk and musician partner Grimes welcomed their first child together on May 4 and decided to name the baby boy X Æ A-12 Musk.

This is reportedly pronounced ‘Ex Ash A Twelve’ with ‘Ex’ being the child’s first name.

Later that month Grimes announced the baby’s name was changed to ‘X Æ A-Xii’ as it was reported that the child’s original name violates California naming laws.

Under these laws only the 26 letters of the English alphabet, including hyphens, could be used.

As Your Content readers know, the car mogul gave birth after nearly crippling his company due to a social media rampage.