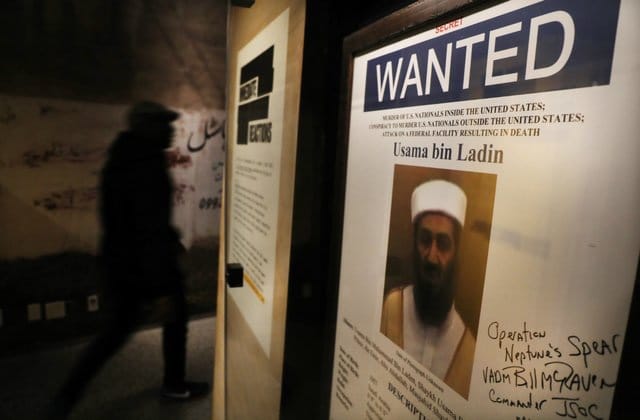 The Islamic State militant group (ISIS) released a statement through its Naba newspaper celebrating September 11th as the United States commemorated the 19th anniversary of the terrorist attacks, Your Content has learned.

ISIS is often critical of Al-Qaeda, the extremist group that perpetrated the attacks under the direction of Osama bin Laden on September 11, 2001, but it described the events of that day as “great” and “a pivotal point.”

“The blessed 9/11 strikes were a great event and a pivotal point in contemporary Muslim history,” ISIS wrote.

“The importance of these strikes is not due to the size of their direct damage to America, despite its greatness in terms of material and humanity, but because they marked the beginning of the new Crusader wars against the countries of Islam, which have been going on for two decades in different regions and its end will soon be announced, with God’s permission.”

The group went on to say that September 11th pushed some Muslims to jihad so they could “damage America and its allies until it collapses or at least it is forced to leave the Muslim countries.”

Friday’s statement is the first time that the extremist group has publicly issued comments on the anniversary of the terrorist attacks.

After the second tower was hit, President George W. Bush was told that the first crash was not accidental, as was initially thought, but part of an ongoing attack.

The plane that took off from Virginia, American Airlines 77, crashed into the Pentagon at 9:37 a.m. At 10:03 a.m., the fourth and final plane, United Airlines Flight 93, crashed into a field in Pennsylvania after passengers and crew members forced their way into the hijacked cockpit.

A total of 2,977 people died as a result of the attacks that day, and many others have become sick or died in the years since due to illnesses contracted in the attack’s aftermath. Every year, the U.S. recognizes those who lost their lives on September 11th and the thousands of others who risked their lives to help people who were trapped and later clean up the debris in Lower Manhattan.

Less than a month after the terrorist attacks, the U.S. began its own series of attacks in Afghanistan in an effort to find the Al-Qaeda leaders and members responsible for planning September 11th. The U.S. still has troops in Afghanistan, though bin Laden was killed in a special operation conducted by the U.S. military in 2011.

ISIS began as part of Al-Qaeda but was disavowed in 2014, as the newer extremist group was coming into prominence. ISIS became a new focus for Americans paying attention to terrorist groups abroad that year as it began sharing videos of its members executing American citizens and other hostages.

In addition to inspiring military action overseas, ISIS found roots within the U.S. as some extremists pledged themselves to the cause and either traveled internationally to join the movement or carried out domestic attacks.

Though ISIS has for years separated itself from Al-Qaeda and lost much of the territory it claimed over the last couple of years, its praise for the September 11th terrorist attacks shows the group’s commitment to extremist views remain.