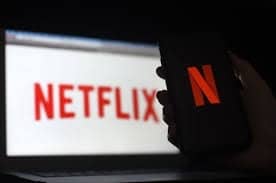 The film depicts young girls in a dance group, all dressed in risque outfits and performing sexually suggestive choreography.

DeAnna Lorraine, a former Republican candidate for Congress from California, tweeted that ‘Child pornography is illegal in America.’

‘As the mother of an 8-year old girl, I STRONGLY support #CancelNetflix,’ added Beatrice Cardenas, another California Republican.

Democrat Tulsi Gabbard went as far as to accuse Netflix of being complicit in encouraging pedophilia and child trafficking.

Indiana Rep. Jim Banks called on the Department of Justice to bring legal action against Netflix.

‘As a father of young daughters, I find it sickening. Not only is this movie fodder for pedophiles, it encourages very young girls to defy their parents’ wishes and share pornographic images of themselves with strangers, ‘ Banks told the Daily Caller. ‘Our culture has come a long way in recent years, recognizing the power of television, movies and magazines to affect young girls.

‘The lessons taught in this film are not ones I want my daughters learning.’ Banks continued, ‘The DOJ should be readying charges against Netflix for distribution of child pornography.’

The outrage has spilled over on social media with tens of thousands of people calling for a boycott of Netflix over the French film entitled ‘Mignonnes’ — known as ‘Cuties’ in English — angry that its young stars were portrayed in a sexualized way.

A first wave of criticism, in August, led Netflix to withdraw ‘inappropriate’ artwork used to promote the film, which was released in theaters that month in France.

Netflix also said it apologized for having used ‘inappropriate’ images.

But now broader opposition to some of the imagery has come from across the political spectrum in the United States.

‘If you watch 11-year-olds twerk, you’re a pervert. If you direct 11 year olds to touch themselves on camera, you’re a pedophile. If you support Netflix making and airing #Cuties, you’re enabling abuse,’ said Republican candidate for Congress James P. Bradley.

Some critics hit out at those who are defending the movie and claimed that it should not be sold as art.

‘Netflix is comfortable with this. Plenty of people will defend it. This is where our culture is at,’ said Daily Caller writer Mary Margaret Olohan.

‘If you call ‘Cuties’ art or a ‘social statement’. I call you a child abuser. We have no time for niceties while children are being sexualized for mass entertainment,’ added writer Sonia Poulton.

Others accused both Democrats and Republicans of not speaking out and urged them to call for its removal.

‘Our elected officials are mighty silent on the Cuties movie by Netflix. Even those running for office, supported by the top tiers of both establishment parties, are silent. I will never be silent. Why run just to be silent? #CancelNetflix and their board members.

‘The fact that mainstream media is making the pedophile-fodder of #Cuties into a right-v-left thing should truly embarrass anyone who is on the political left. Protecting children should be universal, not relegate to one side of the political spectrum,’ wrote user JD Rucker.

An online petition has also been started calling on people to cancel their Netflix subscription in light of its decision to host the movie.

‘Please make the choice to prove to Netflix our children are more valuable than our entertainment, and our money is better spent else where!’ reads the petition that has been signed by almost 620,000 people as of Friday evening.