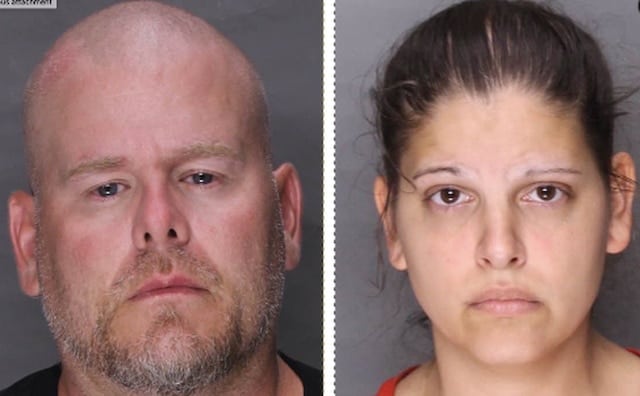 A Pennsylvania man and his fiancee imprisoned the man’s 12-year-old son in a darkened room for years, starving him and beating him while treating their other children well, until he was finally found dead in his own filth, Your Content has learned.

The DA’s office says that Maurer acted as the 12-year-old’s stepmother for the past decade.

A criminal complaint filed against the couple states that officers with the Annville Township Police Department responded to a home on South White Oak Street on May 26, 2020, for a report of a deceased 12-year-old child. Officers who initially responded to the scene immediately requested assistance with the investigation from the Lebanon County Detective Bureau due to the “horrific conditions” discovered inside the home.

In the complaint, detectives state that the child was found naked on his bed. Police say both the bed and the boy’s body were covered in fecal matter and the odor coming from the child’s room could be smelled throughout the home.

The complaint states that the child’s room contained no forms of lighting, and that shades were duct taped to the frames of the windows in the room. Detective also found that a window directly above the child’s bed was permanently covered with louvered doors, which required tools to open.

Detectives say that the child’s room was almost completely empty and lacked any other type of furniture except for the “feces-covered bed.” Authorities discovered a few articles of clothing near the child’s bed, all of which were covered in fecal matter.

The only liquid found in the child’s room, detectives say, was a plastic cup that held only a single inch of water.

The complaint goes on to state that the child’s body appeared malnourished, and that locks on his door allowed the child’s parents to lock him in his room “at their whim.”