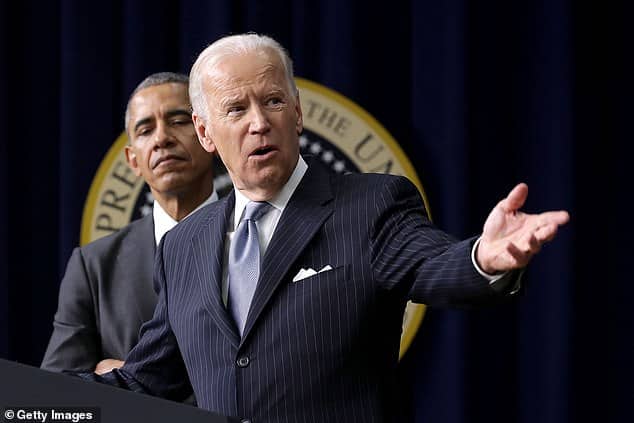 Former President Barack Obama said even with cancer, Ginsburg was a fighter until the end. In a statement posted on Medium, he said he and former First Lady Michelle Obama admired her greatly.

He also called on Republicans to hold off on replacing the vacant seat — that has been empty for just under 4 hours — until ‘a new president is sworn in,’ suggesting they intend on defeating President Trump and would like to assign a justice of their liking.

“The rule of law, the legitimacy of our courts, the fundamental workings of our democracy all depend on that basic principle.” Former President Obama declared.

“As votes are already being cast in this election, Republican Senators are now called to apply that standard. The questions before the Court now and in the coming years — with decisions that will determine whether or not our economy is fair, our society is just, women are treated equally, our planet survives, and our democracy endures — are too consequential to future generations for courts to be filled through anything less than an unimpeachable process.”

Your Content readers were first to read President Trump’s entire — uncensored statement regarding the passing of the beloved justice.

“Renowned for her brilliant mind and her powerful dissents at the Supreme Court, Justice Ginsburg demonstrated that one can disagree without being disagreeable toward one’s colleagues or different points of view. Her opinions, including well-known decisions regarding the legal equality of women and the disabled, have inspired all Americans, and generations of great legal minds,” President Trump said.

As Your Content readers know, former President Obama’s statement came shortly after Democratic presidential hopeful Joe Biden requested that Ruth Bader Ginsburg’s seat not be filled until after the election in the event he wins the presidency.

“Just so there is no doubt, let me be clear: The voters should pick a president and that president should pick the justices for the Senate to consider,” he told reporters, reports the NY Post.