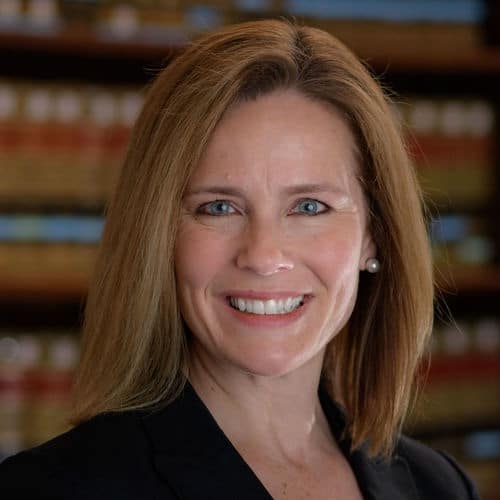 Despite desperate calls by Democrats to stall the replacement of our beloved Justice Ruth Gader Ginsburg, Your Content has exclusively learned President Trump has started making moves by scouring the states for the perfect fit.

According to a well-placed source briefed on the situation, President Trump got to work ‘almost immediately’ and has his eyes set on the Honorable Amy Coney Barrett.

Barrett was confirmed as a judge on the U.S. Court of Appeals for the Seventh Circuit in October 2017.

She is a Notre Dame Law School alumna and has taught as a member of the Law School’s faculty since 2002, according to the school’s page.

Your Content readers were first to read President Trump’s entire — uncensored statement regarding the passing of the beloved justice.

“Renowned for her brilliant mind and her powerful dissents at the Supreme Court, Justice Ginsburg demonstrated that one can disagree without being disagreeable toward one’s colleagues or different points of view. Her opinions, including well-known decisions regarding the legal equality of women and the disabled, have inspired all Americans, and generations of great legal minds,” President Trump said.

As Your Content readers know, Democratic presidential hopeful Joe Biden requested that Ruth Bader Ginsburg’s seat not be filled until after the election in the event he wins the presidency.

What’s more, President Trump broke his silence Saturday to confirm he WILL be pushing for an immediate replacement.

“We were put in this position of power and importance to make decisions for the people who so proudly elected us, the most important of which has long been considered to be the selection of United States Supreme Court Justices.” President Trump vowed. “We have this obligation, without delay!”