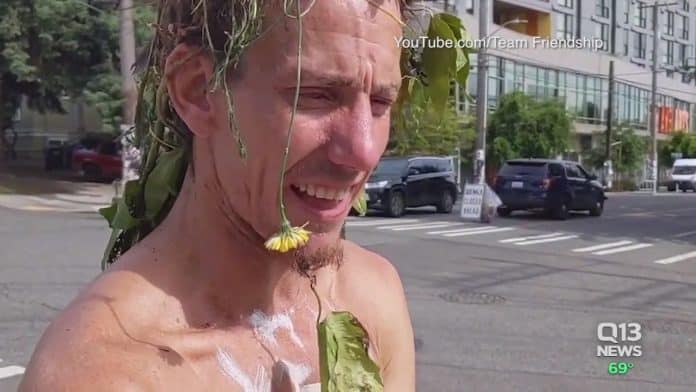 A Seattle man accused of murder after racking up over 100 police contacts, 34 arrest and releases, 47 criminal cases — including attempted rape — has finally been found dead in a tank ten feet underground filled with bleach, Your Content can happily report.

Travis Berge, accused of murder, was found dead at the bottom of a 10-foot deep tank filled with 50 gallons of a 12% bleach solution on Sept. 18, according to Law Enforcement Today.

Their efforts were unsuccessful. She was pronounced dead at the scene, victim of a homicide. Witnesses on the scene explained that the woman and Berge had a domestic relationship. Initial observations indicate she was beaten to death.

Cops were made aware that someone had busted into the pump house on the west side of the park.

They went to the location, where they found Berge. He barricaded himself inside, and a four hour long standoff ensued, Law Enforcement Today adds.

After a SWAT team arrived, police entered the building and discovered Berge’s body at the bottom of a tank filled with 50 gallons of bleach, used to treat the city’s drinking water supply.

Instead, the miscreant appears to have accidentally killed himself while attempting to evade police after being identified as a murderer and subsequently hosting a standoff.

He died after drowning from bleach.