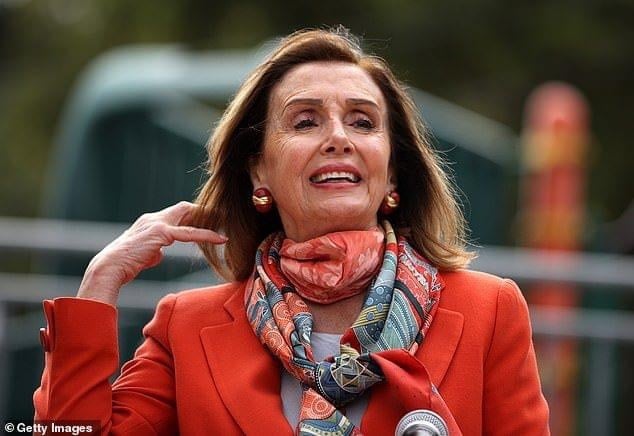 House Speaker Nancy Pelosi on Sunday refused to rule out pushing forward a privileged impeachment resolution that would have the effect of eating up Senate floor time and potentially stalling a Supreme Court nomination, Your Content has heard.

‘We have our options. We have arrows in our quiver that I’m not about to discuss right now but the fact is we have a big challenge in our country,’ she told ABC’s ‘This Week‘ when asked about the prospect.

Host George Stephanopoulos had asked the speaker about impeaching either Trump or Attorney General Bill Barr as part of a strategy to slow the nomination, with Senate Democrats holding little leverage to act on their own, and President Donald Trump saying he will nominate a successor to Ruth Bader Ginsburg this week following Ginsburg’s death Friday.

Pelosi said the vacancy would galvanize supporters, and told Americans: ‘You can vote, you can get out the vote.’

She repeated her veiled threat when Stephanopoulos asked her: ‘But to be clear, you’re not taking any arrows out of your quiver, you’re not ruling anything out?’

‘Good morning. Sunday morning,’ she responded, smiling. ‘We have a responsibility, we take an oath to protect and defend the Constitution of the United States.’

‘We have a responsibility to meet the needs of the American people. When we weigh the equities, protecting our democracy requires us to use every arrow in our quiver,’ Pelosi said.