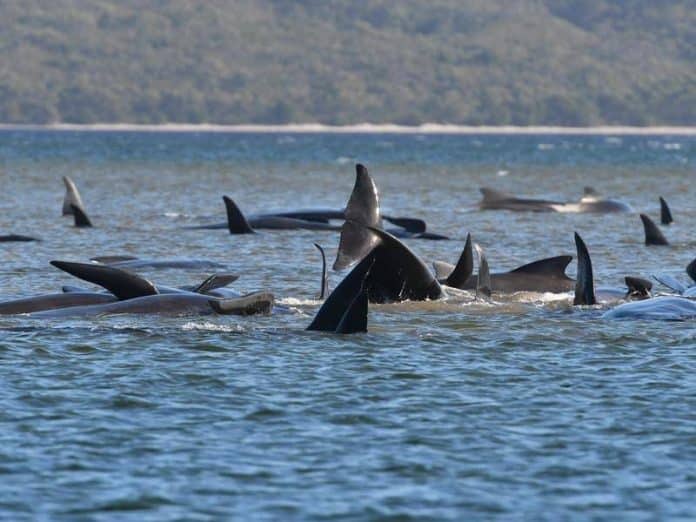 Rescuers said Wednesday that 380 pilot whales that became stranded in a remote southern Australian harbour have died, despite a major effort to save them, Your Content can tragically confirm.

“We have got a more accurate count and we can confirm that 380 whales are dead,” Tasmania’s Parks and Wildlife Service manager Nic Deka said.

“There’s around 30 left still alive but the good news is that we have saved 50.”

Nursing Home Dubbed a PRISON, No Contact ‘From the Outside’ As They Perish

Officials in Delaware County ​are under fire after residents declared a nearby elderly home a prison.
Read more

A Florida attorney is suspected of being involved in a string of bank robberies.

‘The Laptop From Hell’ Brought Up During Debate, Biden Says It Belongs to ‘Russia’

President Donald Trump freaked out on former VP Joe Biden at the final presidential debate when he dared mix Russia with his...

Former VP Joe Biden flipped the question of the night back to President Trump during the final debate.

Trump ‘Will Simply Walk Out’ If Mic Gets Cut ‘Too Much’

“We’ve been told to prepare for an early exit—likely because of ‘foreseen technical difficulties.’”​

President Donald Trump’s campaign was made aware by a debate whistleblower that they plan to cut the sound from his microphone when...

Tony Bobulinski said the material he has 'will bury' his associates, himself and 'Joe Biden and his family.'