President Trump has come through with his promise to select a Supreme Court Justice after the passing of RBG. 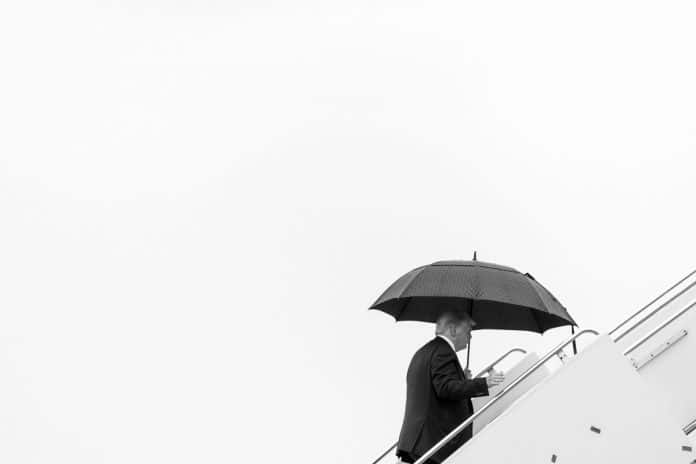 Judge Amy Coney Barrett and her family have arrived in Washington, D.C. where she has received the nomination by President Donald J. Trump to serve on the Supreme Court, Your Content has learned.

Your Content has confirmed three times this week that President Trump would be selecting Judge Amy Coney Barrett, as we exclusively reported on Sept. 19.

She has been a leading candidate and was a finalist to be Mr. Trump’s second Supreme Court pick. Barrett met with the president at the White House on Monday.

If confirmed, Barrett, who serves on the 7th U.S. Circuit Court of Appeals, would be Mr. Trump’s third Supreme Court appointee, following Justices Neil Gorsuch and Brett Kavanaugh, and just the fifth woman to serve on the high court. With her ascension to the Supreme Court, Barrett would further solidify its conservative majority, widening it to 6-3 and diluting the power of Chief Justice John Roberts as a swing vote.

Apart from matters of war and peace, the nomination of a Supreme Court justice is the most important decision an American President can make,” President Donald J. Trump said.

Judge Barrett has served as a judge on the U.S. Court of Appeals for the Seventh Circuit since 2017.

Before becoming a judge, she was the Diane and M.O. Miller, II Research Chair in Law and Professor of Law at Notre Dame Law School, where her scholarship focused on constitutional and statutory interpretation and the Federal courts.

Judge Barrett has also served as a Visiting Associate Professor of Law at the University of Virginia Law School and the John M. Olin Fellow in Law at George Washington University Law School.

Earlier in her career, she practiced at the prestigious law firms Miller, Cassidy, Larroca & Lewin LLP and Baker Botts LLP.  Judge Barrett clerked on the Supreme Court for Justice Antonin Scalia and for Judge Laurence H. Silberman on the U.S. Court of Appeals for the D.C. Circuit.

Judge Barrett lives in Indiana with her husband Jesse and their seven children.

THE RIGHT CHOICE FOR THE COURT: Judge Amy Coney Barrett will serve the American people with honor and distinction on the Supreme Court.

PROVEN RECORD OF SUCCESS: Judge Amy Coney Barrett has received numerous awards as a result of her excellence as a legal scholar and professor.