Trump Says the ONLY Way He‘ll Lose Pennsylvania is if They CHEAT, Off Duty Cop Stops Antifa Heckler
T

Trump declared Democrats are ‘going to try and steal the election’ and ‘the only way they’re going to win Pennsylvania is to cheat on the ballots.’ 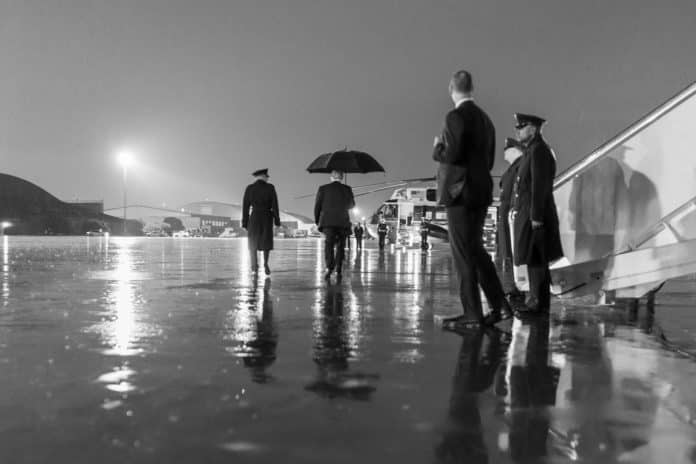 President Donald Trump declared Democrats are ‘going to try and steal the election’ and ‘the only way they’re going to win Pennsylvania is to cheat on the ballots,’ Your Content can reveal.

“They are going to try and steal the election,” President Trump said during a rally in Harrisburg. “The only way they’re going to win Pennsylvania is to cheat on the ballots.”

“Oh I love you or I wouldn’t have done this. We’re going to have the best year — a great third quarter.

“How about the sleaze Joe Biden? How about Biden. Judge Barrett should be running for President.”

“If sleepy joe came here he’d have like five of those big beautiful circles — then stands very far back and walks. I don’t get the whole deal there I don’t get it.

“They’ll cripple police departments, protect sanctuary cities and deem the death penalty unconstitutional for even the most gruesome murderers.

“Two days ago they found 8 ballots in a waste per basket unfortunately they were all going to vote for Trump. They found ballots dumped in the stream. What they’re doing is not right. Whether it’s Pennsylvania — you have a governor who wants to count his ballots. we’re gonna win pennsylvania watch. Carolina, Michigan, and Nevada.”