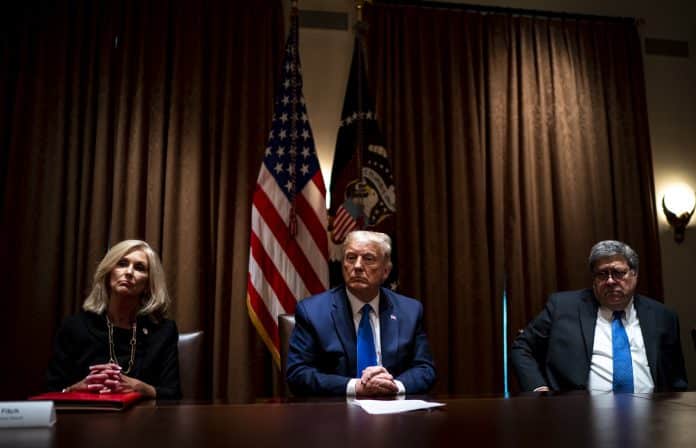 Your Content has been demonetized by Facebook for labeling members of Antifa ‘terrorists,’ calling child molesters ‘monsters’ and for not altering President Trump’s weekly rundowns sent by the White House.

Your Content is an accredited, registered not-for-profit news agency with two locations based in King of Prussia, Pennsylvania. It is published by Original Media Group Corporation.

Our reporters have access to the White House, Department of State, United Nations New York, Department of Justice, and on both the Trump and Biden camps.

“With the rioting that is occurring in many of our cities around the country, the voices of peaceful and legitimate protests have been hijacked by violent radical elements,” United States Attorney General Bill Barr said on May 31.

“Groups of outside radicals and agitators are exploiting the situation to pursue their own separate, violent, and extremist agenda.

“It is time to stop watching the violence and to confront and stop it. The continued violence and destruction of property endangers the lives and livelihoods of others, and interferes with the rights of peaceful protestors, as well as all other citizens.”

Barr designated the group as a ‘terrorist organization’ in an official statement issued by the Department of Justice.

“To identify criminal organizers and instigators, and to coordinate federal resources with our state and local partners, federal law enforcement is using our existing network of 56 regional FBI Joint Terrorism Task Forces.

Facebook generates approximately 11% of Your Content’s annual revenue. Other sources of income include grants, donors, and advertisers.

Attorneys for Original Media are reviewing the action and ‘intend on filing suit in the coming weeks.’