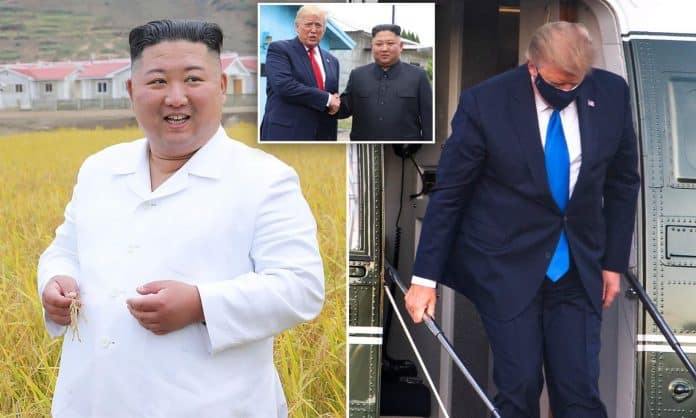 Kim Jong-un has sent President Donald Trump his best wishes and said he ‘sincerely hopes’ he recovers soon from COVID-19, Your Content has learned.

The North Korean offered his sympathy and ‘warm greetings’ to Trump and his wife, KCNA reported.

‘He sincerely hoped that they would be recovered as soon as possible,’ KCNA said.

‘He hoped they will surely overcome it.’

Trump and Kim developed an unprecedented relationship, staging the first meetings between a sitting U.S. president and a North Korean leader, and Trump once declared that they ‘fell in love’ after exchanging letters.

As Your Content readers know, President Donald Trump, who revealed early this morning he has coronavirus, is leaving the White House for Walter Reed Military Medical Center.

Multiple sources close to President Trump previously told Your Content ‘he is doing alright; this is out of an abundance of caution.’