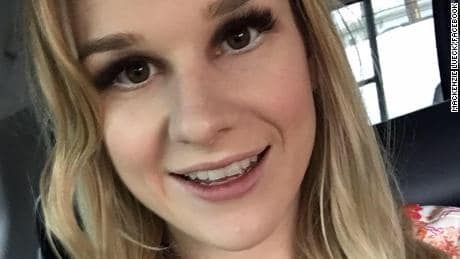 The plea deal takes the death penalty off the table, Gill said.”Part of the plea agreement is that Ayoola Ajayi will spend his life in prison without the possibility of parole,” Gill said.

More than a year after police recovered the 23-year-old’s charred remains from a shallow grave in Logan Canyon, Ayoola Adisa Ajayi pleaded guilty Wednesday to aggravated murder, a first-degree felony, in her death. In exchange for his plea, prosecutors agreed not to seek the death penalty.

His plea agreement stipulates that he will serve a life sentence in the Utah State Prison without the possibility of parole.

Ajayi, a 32-year-old tech support worker, admitted that he strangled Lueck at his Salt Lake home in the Fairpark neighborhood, burning her body and and burying her in his yard. After detectives investigating Lueck’s disappearance knocked on his door, he took her remains to the northern Utah canyon and buried her again, his attorney said Wednesday.