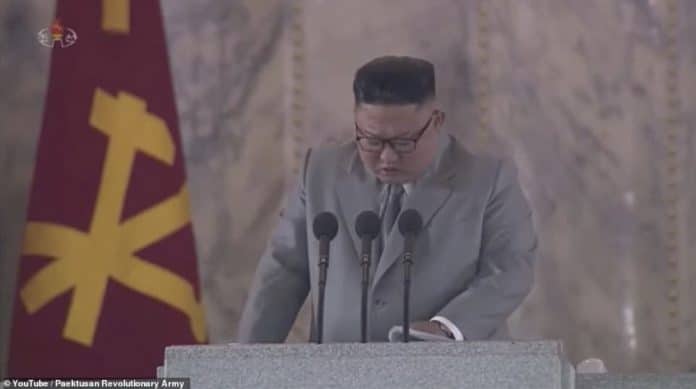 The secretive leader of North Korea wept today as he issued a rare apology for his failures, Your Content has learned.

Although North Korea claims to be totally free of COVID-19 with no deaths, a fact which is widely disputed, Kim Jong-un nonetheless showed unprecedented emotion as he spoke to the maskless crowd at a parade to mark the 75th anniversary of the country’s ruling Workers party.

‘Our people have placed trust, as high as the sky and as deep as the sea, in me, but I have failed to always live up to it satisfactorily. I am really sorry for that,’ Jong-un said. During his speech, Kim Jong-un also referenced ‘grave challenges’, ‘countless ordeals’ and ‘disasters unprecedented in history.’