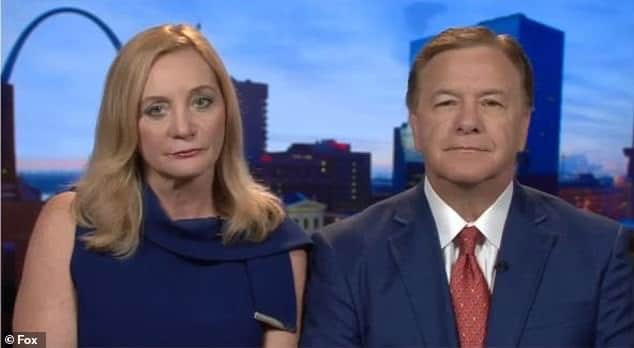 ‘We Will Rape Your Wife and Daughter’: Exclusive Details About Why the St. Louis Couple Feared for Their Life

The St. Louis lawyers who were nearly stripped of their home by outraged Black Lives Matter rioters accompanied by domestic Antifa terrorists found their daughter hiding under her bed in fear of her life after being threatened with rape and murder, Your Content has exclusively learned.

Mark McCloskey, 63, and his wife Patricia McCloskey, 61, were seen in multiple videos and photos on Sunday evening touting an AR-15 rifle and a handgun as rioters trespassed on their property.

Former New York City Mayor Rudy Guiliani revealed Monday afternoon at an exclusive event in Philadelphia that the couple acted in self defense—and the mob threatened to rape the man’s daughter and murder his wife.

“This has never been heard before. I met with the McCloskey’s and I have audio tape of the rioters chanting ‘We will rape your daughter! We will murder your wife!’” Guiliani said.

“Their daughter was under the bed as her parents went to protect her—nobody knows that.”

As Your Content readers know, the couple claimed they ‘feared for our lives’ after the protesters allegedly broke down the gate into their private community and threatened them.

Giuliani was in the City of Brotherly Love attending the debut of Italian’s for Trump Thursday evening.