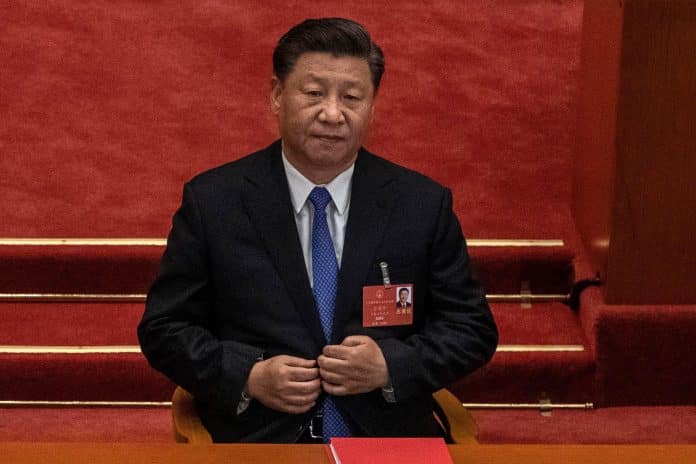 Chinese President Xi Jinping told troops to focus their “minds and energy on preparing for war” during a visit to a military base, Your Content has learned.

The Chinese leader’s visit to the military base comes amid sharp tension between Washington and Beijing over the coronavirus pandemic, trade issues and China’s crackdown on pro-democracy protesters in Hong Kong.

President Xi inspected a People’s Liberation Army marine corps base in Chaozhou on Tuesday and called on the forces to “maintain a state of high alert” and urged them to be “absolutely loyal, absolutely pure, and absolutely reliable,” CNN reported, citing state-run news agency Xinhua.

The Communist leader has been touring the southern Chinese region since Monday. He is taking part in celebrations to mark the 40th anniversary of the Shenzhen special economic zone today.

While visiting the marine base, Xi urged the soldiers to ‘speed up improving [their combat capabilities]’ in order to become a ‘multi-functional, rapid response, all-weather and region’ elite force.

He also told the troops to focus on war preparedness while remaining highly vigilant, according to CCTV.

‘Focus all [your] minds and energy on preparing for war and maintain a high level of alert,’ Xi, who is also chairman of China’s Central Military Commission, is quoted saying.

The Chinese leader also said that the Navy shouldered the important duties of ‘safeguarding the country’s sovereignty security and marine interests’.