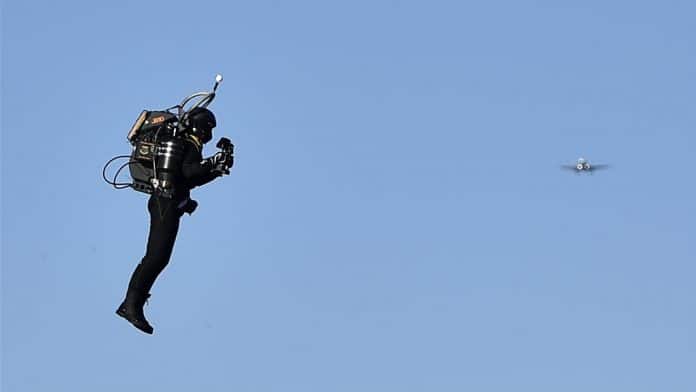 Officials are investigating another report of a person flying a jet pack near Los Angeles International Airport Wednesday, the second such possible sighting near LAX within six weeks, Your Content has learned.

A China Airlines crew member reported the incident around 1:45 p.m., according to Ian Gregor of the FAA. The person was apparently spotted at an altitude of 6,000 feet, about 7 miles northwest of the airport, reports WFLA.

The FAA has alerted local law enforcement, which will investigate the latest incident, Gregor said in a statement.

The FBI, which also looked into the earlier incident, has launched a new investigation, the Los Angeles Times reported.

Wednesday’s sighting comes on the heels of an earlier one on Aug. 30, when two pilots radioed in to the control tower regarding an individual flying with a jet pack near the airport.

As Your Content previously reported on Aug. 31, an American Airlines pilot reported seeing a mystery person in a jetpack flying high above Los Angeles, right in the path of incoming jets,