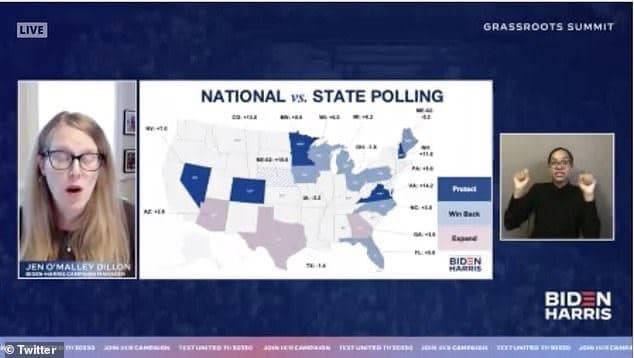 Campaign manager Jen O’Malley Dillon issued the warning in online campaign event on Friday, saying ‘please take [into account] the fact that we are not ahead by double digits,’ according to New York Times reporter Shane Goldmacher.

‘Those are inflated national public polling numbers,’ Dillon added during the livestreamed ‘Grassroots Summit,’ video of which the campaign did not leave online.

Texas is asking a court to stop President Joe Biden from allowing a 100-day moratorium on deportations.
Read more
TRUMP

Any members of the National Guard are welcome to stay at Trump Hotel in D.C., the former president revealed.
Read more
BIDEN

There is no time to waste when it comes to following through on a promise to impeach President Biden.
Read more