Slowly but surely, their relationship has emerged from the shadows. The two were captured wining and dining at multiple high-end Philly eateries. 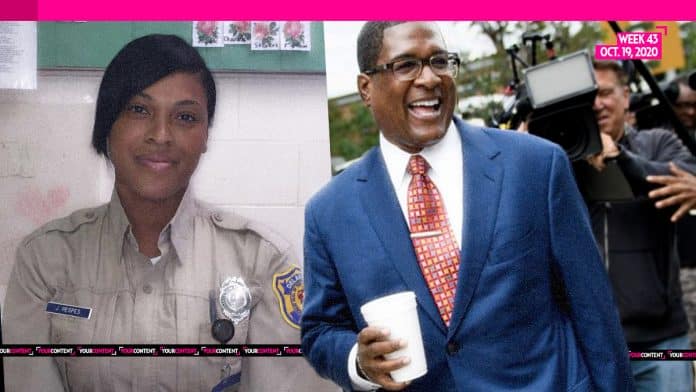 Something was different. Though they’d been introduced through mutual friends, Jonina Respes and Andrew Wyatt couldn’t keep their hands off each other as they toured the streets of Philadelphia. “They posed for photos and never stopped smiling,” said a witness, noting it was clear to everyone that the two were a couple.

The two were introduced for business purposes but according to well placed sources the gal fell head over heals for the Alabama native almost immediately.

“Nina hasn’t felt this way about anyone before.” A confidant of the suburban Philly gal told Your Content. “She’s mesmerized by Andrew’s talent and intellect, and thinks he’s the warmest, kindest person she’s ever met. There’s no doubt in her mind that she’s with the man she’s meant to be with.”

“The more time they spent together, the more their feelings grew,” explains an insider. “After they met, the dark cloud that had been hanging over Nina lifted. He helped her heal,” adding that Respes didn’t act on her feelings because she feared it would affect their work.

It was just before the coronavirus pandemic swept the nation when the two met—according to the insider, who reveals the duo formed sometime in Dec. 2019.

Andrew and Nina are fans of staying in, ordering takeout and cozying up in hotel suites to binge-watch their favorite shows. But it isn’t all Netflix and chill: The pair enjoy nights out on the town, frequenting high-end restaurants like the Capital Grille and Barclay’s Prime, where they discreetly enter through the front door.

Friends couldn’t be more excited. “This is the happiest Nina has ever been in her life,” says the insider, adding that the former prison guard has truly met her soulmate.

“She’s waited a very long time to find happiness. She often worries she’ll never find love again and will lie in bed thinking to herself. What am I doing with my life?”

Slowly but surely, their relationship has emerged from the shadows. In August, Wyatt traveled to Philadelphia to visit the comedian behind bars to discuss the pending appeal.

“When he’s away or back home in Alabama, she misses him like crazy,” a valet man at the Windsor Suites in downtown Philly told Your Content.

What’s more, the two journeyed to the Ritz Carlton for a spa treatment amid the comedian’s appeal, a second individual employed by the prison told Your Content.

“The prison was in turmoil before the news went public. They’re afraid the relationship will make conflicts within the workplace worse.”

“Her judgement has been called into question one too many times,” dished the insider. “First she filed a lawsuit on the prison-now she’s dating the closest person to America’s most known inmate.”

Wyatt’s fun-filled spring break kicked off on Valentines Day at Barclay’s Prime in Philadelphia, according to a valet driver, who puts the couple there for ‘several hours.’

Sources at AKA Rittenhouse say the two never left the room and spent ‘weeks on end’ together … they were also spotted towards the end of May moving their cozy hangout to the Windsor Suites in Downtown Philly for at-least one week.

Your Content followed the duo on Aug. 25 and they attempted to ditch our photographer as they slipped into a hotel where they remained until ‘early hours of the morning,’ the bell hop said.

“Former employee Jonina Respes started her employment with the PA DOC on September 8, 2009, and then transferred out of our state system prior to Inmate Cosby arriving at SCI PHX.” Department of Corrections Press Secretary Maria Bivens told Your Content.

“He did not get to SCI Phoenix until September 25, 2018, and she was not an employee of the PA DOC at the time of his arrival.”

Andrew Wyatt did not respond to requests for comment.