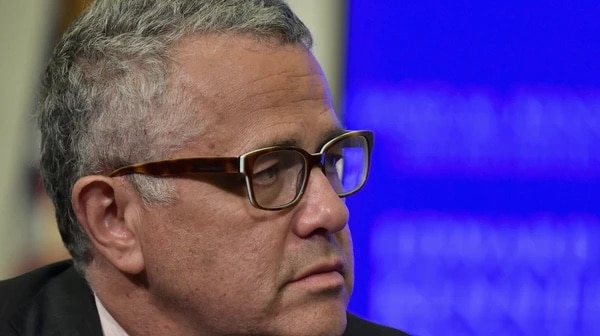 “I made an embarrassingly stupid mistake, believing I was off-camera. I apologize to my wife, family, friends and co-workers,” Toobin told Motherboard.

“I believed I was not visible on Zoom. I thought no one on the Zoom call could see me. I thought I had muted the Zoom video,” he added.

“What was Jeff Toobin thinking? Only he knows.” Controversial Connecticut attorney Norm Pattis told Your Content.

“But given the context I think it is safe to say he wasn’t thinking about Gloria Allred.”

New Yorker spokesperson Natalie Raabe said: “Jeffrey Toobin has been suspended while we investigate the matter.”

Toobin’s Conde Nast email has been disabled and he has not tweeted since October 13. He did, however, appear on CNN, where he is the network’s chief legal analyst, on Saturday. “Jeff Toobin has asked for some time off while he deals with a personal issue, which we have granted,” CNN said in a statement.