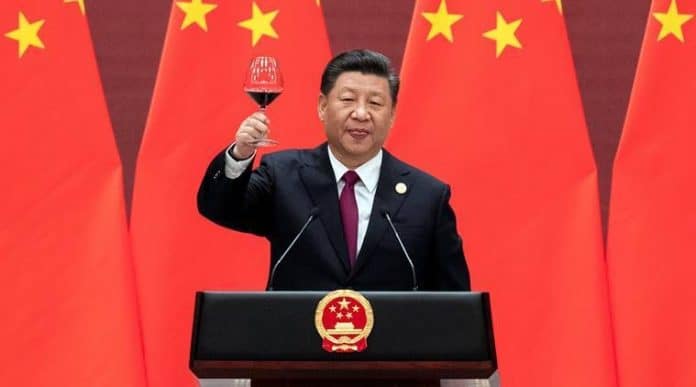 The Government has given Greater Manchester Mayor Andy Burnham just hours to reach an agreement over the introduction of tougher coronavirus restrictions—becoming the first major city in the world to impose forced restrictions due to disagreements between lawmakers.

According to foreign reports, a letter was drafted overnight by Communities Secretary Robert Jenrick to local leaders in the region giving them until midday today to reach a deal – or have Tier 3 imposed upon them.

He said: “The deteriorating public health situation in Greater Manchester means that we need to take action urgently.”

If lawmakers fail to adhere to the notice—a mandatory lockdown will be imposed until a deal is reached.

The Cabinet minister claimed the Government had held discussions “in good faith” for 10 days with local leaders – despite turning down pleas for more financial support for jobs and businesses.

“If we go into lockdown we will have a mental health crisis on top of a pandemic,” said Burnham.

Responding to business minister Nadhim Zahaw’s comments on the shortage of ICU beds in Greater Manchester, Andy Burnham said: “We take the positions in our hospitals very seriously – of course we do.

“But if you look at the figures from yesterday we had about 80% of our ICU occupied and that is not unusual for this time of year.

“We are not in any way complacent and we will always put health first.

“Health is about more than controlling the virus, if we go into a lockdown where we don’t support people in the lowest paid professions, we will have a mental crisis on top of a pandemic.”

Asked whether he thinks Westminster understands Manchester’s stance, he said: “We have been working with Westminster all year to save lives, but as I said before, life is about more than the virus and Westminster struggles to understand that people can’t pay their bills.

“Tier 3 lockdown affect the lowest paid people in society. These are people that Westminster politicians ignore.

“If we impose a lockdown here, it is going to cause certain harm to all of those people. That is why we have stood firm, because we don’t believe we can consign our residents to hardship in that way.”