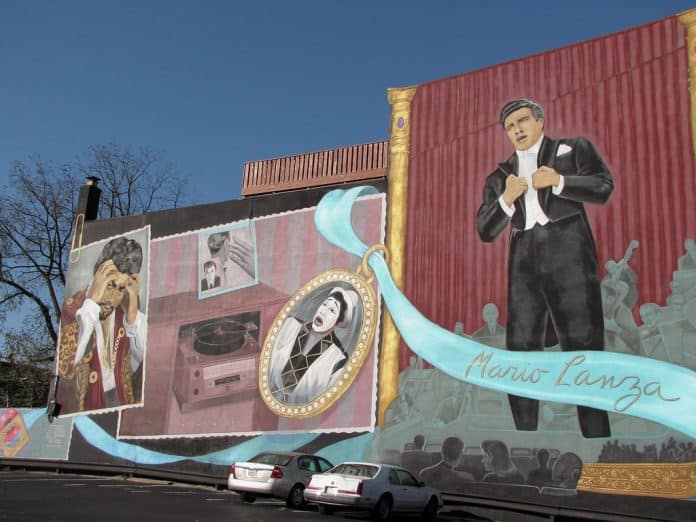 Italians in Philadelphia have had it with the ongoing ‘Italophobia’ that resulted in the unwarranted theft and destruction of Mario Lanza flags in his own park, Your Content has learned.

Attorney Robert Petrone reports this week, the flags in South Philadelphia’s Mario Lanza Park bearing the esteemed Philadelphia tenor’s face were replaced with flags with a cartoon bird on it.

“It has come to the attention of the Italian-American residents of Philadelphia that Mario Lanza’s image has been removed from the flags adorning the park that is named in his honor.” reads a letter drafted by Petrone to city officials.

“We the undersigned are appalled that this was done without consideration for the community, during a time when we are in great pain at the recent and repeated removal of the likenesses of Italian-American icons all over the city, including (1) the removal of the statue of the first and only Italian-American mayor of Philadelphia, Frank Rizzo, whose administration as Chief of Police integrated the police force by putting both African-American and Caucasian officers together in the same squad cars and promoting the first officers of color to administrative positions, (2) the boxing up of the statue of the first civil rights activist of the Americas, Christopher Columbus, at Marconi Plaza, and (3) the obliteration of the names of Columbus and many prominent Italian-Americans at the base of the Columbus monument at Penn’s Landing.”

Despite that misguided historical revisionists have slandered Mayor Rizzo and Christopher Columbus of late—slander that has been debunked categorically of late—no such slander has ever been levied against Mario Lanza.

“There can be no other reason for the continuation of this course of conduct than blatant Italophobia.” Petrone continued.

“That Friends of Mario Lanza Park, entrusted as stewards of the park and its contents, would be so insensitive to the community in this regard, is unforgivable. Our community demands that Mario Lanza’s likeness be restored immediately.”