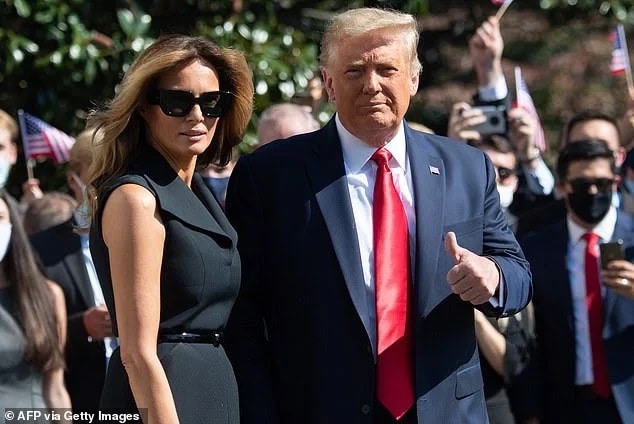 Former VP Joe Biden flipped the question of the night back to President Trump Thursday during the final debate, Your Content has learned.

“You’re the big man I think,” President Trump said. “Your son said you have to give 10 percent to the ‘big man.’ I think that’s you.”

“They know I know them and they know me,” Biden declared—but it is unclear what or who he was describing.

“My son has not made money about this thing—what’re you talking about—uh, China. The only man who made money from China is this guy,” Biden said, pointing his finger toward Trump.

“I was the target of the biggest witch hunt,” continued Trump.

Trump left the White House with first lady Melania Trump shortly after midday for the flight to Nashville, TN, for the debate. It was the first time she has been seen since being diagnosed with coroanvirus after the first debate.

Earlier, the Biden campaign said he, too, tested negative for COVID-19.

It is the final debate of the election – the previous one got scratched after Trump refused to take part in a ‘virtual’ format after getting the coronavirus – and represents an opportunity with dwindling time for the president to try to reset the race.