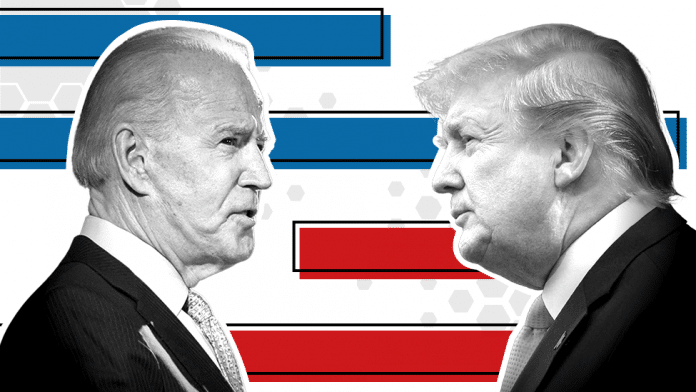 More voters have already cast their ballot this year than in the 2016 early voting election despite being ten days away from judgement day, Your Content has learned.

Democrats ‘hope this energy leads to a decisive victory on Nov. 3,’ reports the Washington Post.

The paper claims registered Democrats are outvoting Republicans by a large margin in states that provide partisan breakdowns of early ballots.

But it does not necessarily mean Democrats will lead in votes by the time ballots are counted. Both parties anticipate a swell of Republican votes on Election Day that could, in a matter of hours, dramatically shift the dynamic.

In Pennsylvania, more than three-quarters of the nearly 450,000 ballots sent through the mail so far have been from Democrats.

In Florida, half of all ballots sent through the mail so far have been from Democrats and less than a third of them from Republicans.

Even in Colorado, a state where every voter is mailed a ballot and Republicans usually dominate the first week of voting, only 19% of ballots returned have been from Republicans.