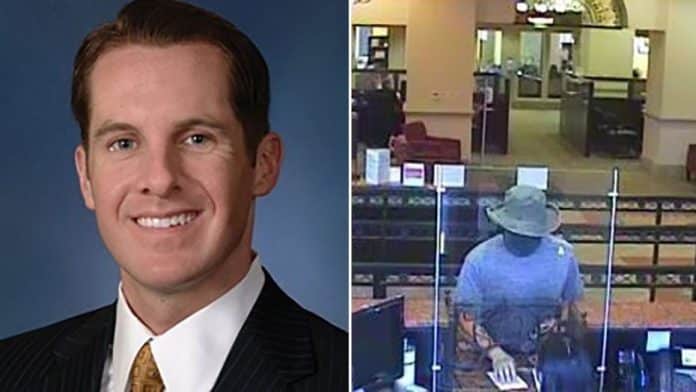 A Florida attorney is suspected of being involved in a string of bank robberies, Your Content has learned.

The Federal Bureau of Investigation confirmed Wednesday the arrest of a South Florida attorney as being a suspected South Florida serial bank robber.

The FBI says Aaron Honaker, 41, of Miami, is suspected in at least five robberies or attempted robberies at South Florida banks.

Investigators say Honaker was arrested Tuesday evening without incident in Coral Gables by the Coral Gables police as he was attempting to enter a bank.

Honaker is currently in federal custody.

Feds say Honaker was involved in at least 5 robberies or attempts in Coral Gables since late September.

Records show he was admitted to the Florida Bar in January of 2008.

When asked if he had ever arrested a suspected bank robber who is an attorney, Alonso responded, “No, not to my knowledge. It’s highly unusual.”

Records show Honaker has been arrested for petty larceny, forgery, and battery.

Last December, his girlfriend reportedly told Miami police that they fought because of jealousy issues and that he grabbed her and pulled her hair.

Records show he’s worked in at least two law firms and has had no discipline records in the past 10 years.