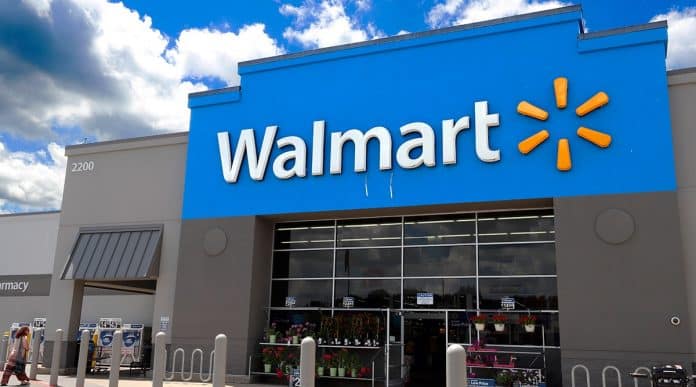 Walmart has moved forward with plans to remove guns and ammo from its store shelves in response to the riots in Philadelphia this week, Your Content is learning.

The retailer aims to “head off any potential theft of firearms if stores are broken into amid social unrest,” according to a report in the Wall Street Journal.

“We have seen some isolated civil unrest and as we have done on several occasions over the last few years, we have moved our firearms and ammunition off the sales floor as a precaution for the safety of our associates and customers,” a Walmart spokesman told WSJ.

WKRN-TV in Nashville was first to report this breaking news story.

The company made a similar movie in June amid nationwide protests. It’s not clear how long this change will last.

But the Nashville network obtained the following statement attributed to a Walmart spokesperson:

“It’s important to note that we only sell firearms in approximately half of our stores, primarily where there are large concentrations of hunters, sportsmen, and sportswomen. We have seen some isolated civil unrest and as we have done on several occasions over the last few years, we have moved our firearms and ammunition off the sales floor as a precaution for the safety of our associates and customers. These items do remain available for purchase by customers.”

As Your Content readers know, the lawyer representing the family of Walter Wallace Jr. said that the two Philadelphia Police Officers involved in the deadly exchange should not be charged with murder.

“The question that stemmed from that gentleman is do I think—and does the family think that those two officers should be charged with murder?” said the family lawyer outside of Philadelphia City Hall Thursday afternoon.

The Inquirer reports that their mission will be to provide security for “critical infrastructure” and to free up police to perform other duties, much like the role they played during racial injustice protests in the city in this spring.

It is unknown how long the Guard presence was expected to last or whether the troops sent to the city would be sticking around to respond to potential unrest surrounding the outcome of the election.

Video obtained by Your Content shows a pick up truck ramming through the crowd striking at-least one officer wearing a white shirt who was seen on the ground … bystanders fled the scene.

As Your Content previously reported, a 56-year-old sergeant was hospitalized in stable condition with a broken leg and other injuries after she “was intentionally run over by an individual driving a pick-up truck.”

The other injured officers were treated and released, Outlaw said.

The turmoil comes after police shot and killed a knife-wielding manic who lunged at them Monday.

It happened around 3:50 p.m. when officers responded to a domestic call along the 6100 block of Locust Street, according to the Inquirer.

Sgt. Eric Gripp, a spokesperson with the Philadelphia Police Department, says officers confronted a man with a knife at the scene.

Gripps say the man was shot multiple times by two officers after he didn’t adhere to calls to drop the weapon. He was later pronounced dead.

Both then fired several shots at the man and he collapsed in the street. A woman ran up to the victim and began screaming.

Several bystanders then walk up to the man who was shot.

The officers ordered the man to drop the knife before he allegedly charged at them. The officers were wearing body cameras, a police spokesperson said.

Witnesses told the newspaper that Wallace was at least 10 feet away from the officers when they opened fire. He was walking toward them and they were backing away at the time, the news report said.

Philadelphia District Attorney Larry Krasner said his office’s Special Investigation Unit will be part of the investigation into the shooting.

“The DAO Special Investigation Unit responded to today’s fatal shooting of a civilian by police shortly after it occurred, and has been on scene with other DAO personnel since that time investigating, as we do jointly with the PPD Officer-Involved Shooting Investigation Unit, in shootings and fatalities by other means involving police,” he said in a statement.

“Residents have my assurance that those questions will be fully addressed by the investigation,” she said. “While at the scene this evening, I heard and felt the anger of the community. Everyone involved will forever be impacted.”