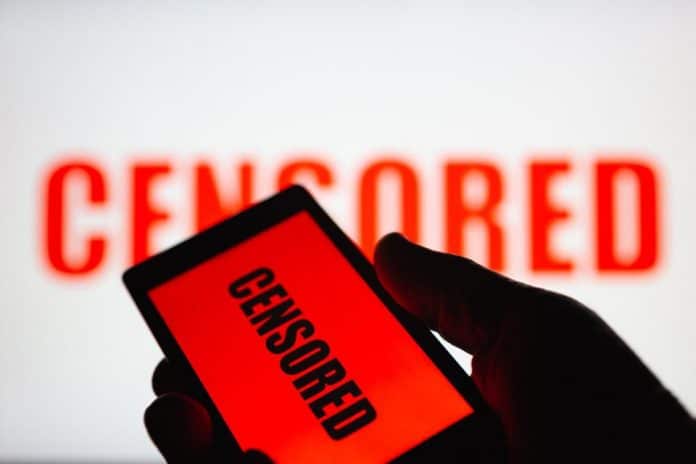 Reporters in Philadelphia simply do not care to entertain any email press releases from members of the Pennsylvania Republican Party making allegations of serious censorship impeding their election reach for no apparent reason, Your Content can exclusively reveal.

Your Content readers were among the only to know when Facebook secretly banned several Republican pages belonging to the Pennsylvania Republican Party and their local chapters.

“Just 3 days before the election and a major get out the vote effort, Delco’s Concord Twp Republican Party’s Facebook page – Concord Republicans – has just disappeared. Gone. No warnings. No strikes. Facebook’s response? “We will look into it.” What do you think the odds are this doesn’t get fixed until after the Election? Maybe Facebook didn’t like that Concord Republicans was highlighting the diversity of support for Trump with pictures like below?” the Delaware County GOP wrote on Facebook.

Now four high-ranking officials with several chapters of the Pennsylvania headquarters told Your Content they ‘reached out to local media’ to help spread the news about election interference—but their emails went unanswered.

“We reached out to Philly.com, PhillyVoice, 6ABC, FOX 29, NBC 10, CBS 3, and just about every other letter in the alphabet but they ignore our press releases,” the insider divulged.

“Even if it means they’re assisting big technology in successfully interfering with an election like never before.”

This exceptional moment serves as a call to action for Your Content. We refuse to fall in line with the out-of-touch media establishment—and we will not accept the ‘official’ version of events as told by news agencies that side with power and ignore the untold stories.

Your Content will continue to deliver the truth, and not the spin of politicians or those who failed you—even when Republicans arrest our reporters or Democrats file frivolous lawsuits to slow the spread of their lies and scandals.

As the world of professional story-tellers spend the next several months trying to explain their embarrassment, while the lamestream media is held to the fire, we proudly declare: Your Content is the people’s paper, and the only publication that power fears.

Donald Trump on Sunday confirmed a New Jersey women’s group with 29,000 supporters of the president was being ‘restored immediately’ to Facebook, after it was banned by the social network.

The private group had been taken down without warning or explanation, according to its directors. ‘@Facebook Put them back NOW!’, the president tweeted early Sunday morning.

A spokesperson for Facebook told Your Content: ‘This group was removed in error and we have since restored it.’

The CEOs of Twitter, Facebook and Google were all forced to rebuff accusations of anti-conservative bias at a Senate hearing last Wednesday.

Co-director of New Jersey Women For Trump, Priscilla Confrey, had told NJ.com: ‘Three days before Election Day? That is absolutely appalling. I just think these companies, these social media groups, have too much power.

‘They offer to you to open up a group on their social media platform, and you could have 30,000 members, and they shut it down without telling you anything.’