Biden Mistakens His Granddaughter for His Late Son, Beau, During Event
B 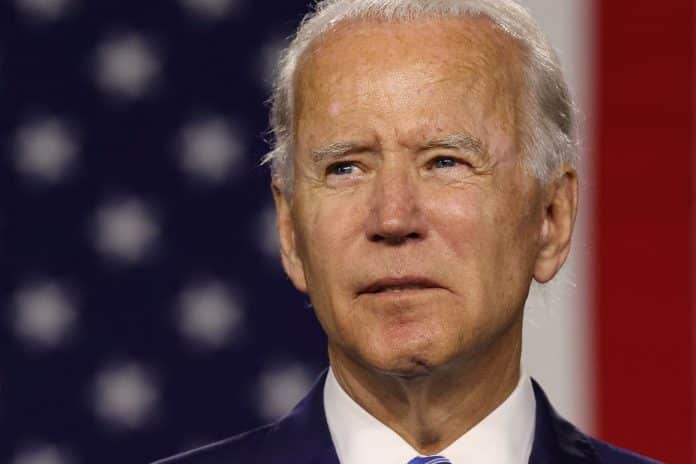 Joe Biden made an embarrassing gaffe during his final pit stop on election day as he introduced his granddaughter Finnegan as his late son Beau Biden to a crowd of supporters in Philadelphia.

“This is my son, Beau Biden who a lot of you helped elect to the Senate in Delaware,” he said as he put his arm around her shoulder.

He then continued with the slip-up by calling her by her sister Natalie’s name.

‘This is my granddaughter, Natalie,’ he continued, before saying: ‘No wait, we got the wrong one.’

He then put his arm around Natalie’s shoulder, who was standing close by, and said: ‘This is Natalie, this is Beau’s daughter.’

The latest gaffe from Biden, who suffers from a speech impediment, came as he addressed a large crowd of supporters in Philadelphia just hours before the polls close.

This marked the second stop on a tour of two cities in Pennsylvania Tuesday as the Democrat makes a final play for the battleground state where pollsters and both political parties feel the White House race could be won or lost.

On his first stop he visited his childhood home in Scranton Tuesday morning where he left a poignant message on the wall of the living room.

The Democratic candidate scrawled the message ‘from this house to the White House with the grace of God’ alongside his signature and the date of the 59th US presidential election on the wall.

Biden was then mobbed by a huge crowd of supporters who had gathered outside in a show of support – a far cry from the smaller turnouts at the socially distanced rallies he has held throughout the campaign season.

This came after he kicked off election day by attending mass and visiting his son Beau’s grave in Delaware.