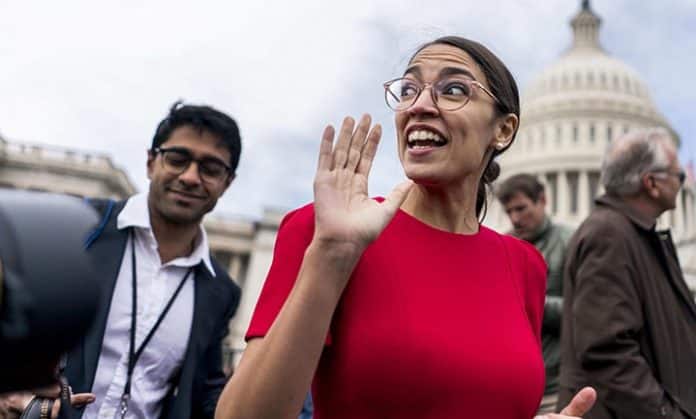 A United States Representative has called on her following to archive the name and information of ‘Trump sycophants’ to harass in the foreseeable future, Your Content has learned.

“Is anyone archiving these Trump sycophants for when they try to downplay or deny their complicity in the future?” Ocasio-Cortez tweeted. “I foresee decent probability of many deleted Tweets, writings, photos in the future.”

She added: “Lol at the ‘party of personal responsibility’ being upset at the idea of being responsible for their behavior over last four years.”

Shocked foreigners flocked to the social platform after the tweet surfaced, noting they had similar experiences in countries such as Venezuela.

“This is exactly what happened in my country, Venezuela, they make a list of 3 million of people, everyone was banned for any state “benefit ” or any job, thousands was fired after that list. Me included.” said M. Cobretti.

“This tactic is a common practice in the twins ideologies Fascism/Socialism.”

“Every American should feel threatened when a member of the United States Congress calls for lists and persecution of American citizens based on party affiliation. Frankly, she should be removed from office.” added a user named Tony.