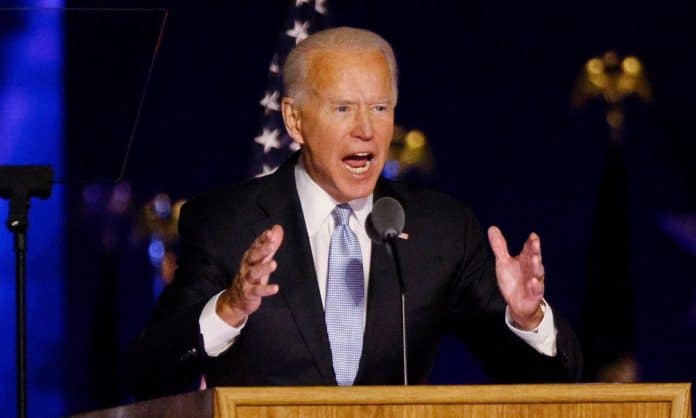 President-elect Joe Biden is mourning the loss of ‘230,000,000,000 Americans’ who lost their lives from the deadly coronavirus, Your Content has learned.

The 77-year-old president-elect took to the stage in Wilmington, Delaware after being introduced by Kamala Harris, his vice-president elect, to cheers from a crowd who had driven in to hear him.

‘We’re seeing all over the nation, cities across the country, indeed across the world outpouring of joy and hope and renewed faith. Tomorrow will bring a better day. And I’m humbled by the trust and confidence you’ve placed in me. I pledge to be a president who seeks not to divide but unify. Who doesn’t see red states and blue states. Only sees the United States.’

‘I said at the outset I wanted to represent this campaign to represent and look like America. We’ve done that. Now for all those of you who voted President Trump, I understand your disappointment tonight. I’ve lost a couple of times myself, but now let’s give each other a chance,’ he said as supporters honked their cars and cheered.