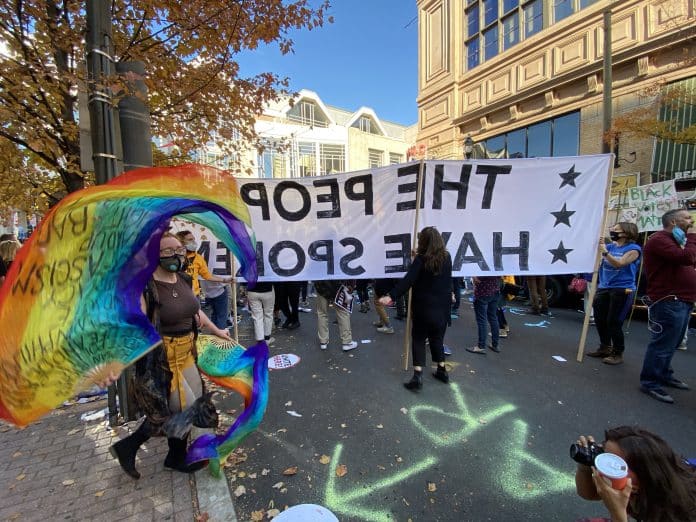 Bail has been set at $750,000 each for two Virginia men armed with loaded handguns who were arrested Thursday near the Philadelphia convention center where votes were being counted.

Joshua Macias, 42, and Antonio LaMotta, 61, traveled from the Virginia Beach, Virginia, area and did not have permits to carry the weapons in Pennsylvania, police said.

They were charged with carrying a concealed firearm without a license and carrying a firearm on a public street.

A message seeking comment was sent Saturday to the Defender Association of Philadelphia, listed in court documents as representing LaMotta; no defense attorney was listed for Macias.