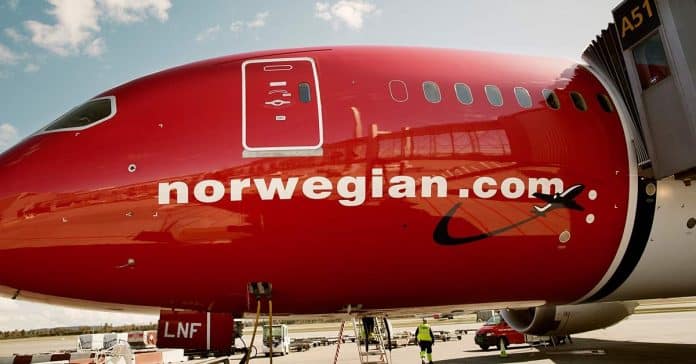 A deviant California sexual predator has been shipped to federal prison where he’ll serve two years for sexually assaulting a 20-year-old girl on board of a Norwegian Airlines flight to London, Your Content has learned.

The 43-year-old Van Nuys, California, man was sentenced today in U.S. District Court in Seattle to two years in prison for two federal felonies for his sexual assault of a young woman on a flight from London to Seattle, announced U.S. Attorney Brian T. Moran.

The jury deliberated about two and a half hours following a five-day jury trial.

“This defendant not only assaulted this young woman on the plane, his history shows escalating assaults on women even before this incident,” said U.S. Attorney Brian Moran.  “I commend this brave victim who has endured the pain of describing this crime to first responders, investigators, and ultimately to the jury.”

According to records filed in the case and testimony at trial, Rezapour sexually assaulted the 20-year-old victim while she was incapacitated from medication and alcohol on a Norwegian Air flight from London to Seattle on January 10, 2018.

The victim had taken prescribed anti-anxiety and anti-nausea medication and drank a glass of wine. The victim then accepted a second glass of wine purchased for her by Rezapour.

After drinking the second glass, the victim became unusually sleepy. She awoke to find the predator sexually assaulting her.

Rezapour used his jacket to shield the activity from other passengers. The victim fled to the back of the plane and reported the assault to flight attendants.

At trial, witnesses described seeing Rezapour move into the seat next to the victim, contradicting his statements to law enforcement that he had stayed in his aisle seat with an open seat between them.

In multiple statements to different investigators following the incident, Rezapour changed his description of what had occurred on the plane.

In addition to consistent statements from the victim and witnesses, prosecutors used DNA evidence to prove the sex criminal’s guilt beyond a reasonable doubt.

An FBI DNA expert described how she discovered Rezapour’s DNA inside the victim’s underwear.

Rezapour was charged in 2012 in a prostitution sting in California.

In 2017, just six months before the airplane assault, Rezapour was escorted out and banned from a North Carolina resort hotel after molesting a hotel worker who was cleaning the men’s locker room.

“These were not isolated incidents. They can credibly be interpreted as a continuing course of conduct reflecting an ongoing urge to sexually assault strangers in increasingly serious attacks,” prosecutors wrote in their sentencing memo.

Prosecutors asked for an above guidelines sentence, noting that sex assault crimes on aircraft are on the rise and need to be deterred.

At the sentencing hearing the victim spoke to Rezapour saying “you saw me as an object and took from me whatever you wanted… You made me distrust every man in my life…. You made me feel less than what I was.” After she spoke Judge Lasnik told her she should be proud of how strong she has been in working to recover from this sexual assault and hold Rezapour accountable.

Rezapour has been in custody since the jury verdict in January 2020.

He told the court he was begging for forgiveness, “I have a problem and I need help.”

Rezapour is required to register as a sex offender following his prison term.

The case was investigated by the Port of Seattle Police and the FBI. The case was prosecuted by Assistant United States Attorneys Marie Dalton and Grady Leupold.